by Hannah Lucas / Wednesday, 04 May 2016 / Published in Emerging Targets

The methyltransferase SMYD3 is overexpressed in several tumor types, and its overexpression correlates with aggressiveness in breast carcinoma.    Its epigenetic role has been investigated extensively: SMYD3 methylates histone H4 at K5, stimulating expression of critical oncogenic proteins that drive cell proliferation, invasion and metastasis.  However, it has recently been discovered that SMYD3 also methylates non-histone substrates with possible effects on tumor progression.

The MEK/ERK pathway transduces growth factor signals, and its aberrant activation is contributes to tumorigenesis in Ras-driven cancers, such as liver, colorectal, prostate, and breast carcinomas.  In 2007, it was shown that SMYD3 methylates MEKK2, a key player in the Ras pathway.  Now, Glenn S Van Aller and colleagues from GlaxoSmithKline in Collegeville, PA have developed the first inhibitor of SMYD3 catalyzed MEKK2 methylation to investigate the potential of a new anti-cancer therapeutic strategy.

In order to design a potent and selective competitive inhibitor, the group first made a co-crystal peptide of SMYD3 in complex with a MEKK2 peptide, in order to observe the mechanistic and structural interactions between the two proteins. The structure revealed a ternary structure of SMYD3-MEKK2-S-adenosyl-homocystine (SAH), representing an active conformation of the methyltransferase.

Van Aller et al. designed bisubstrate analogs – molecules that mimicked elements of both SAH and MEKK2 K260 in the ternary structure.  A similar strategy was used to develop potent and selective inhibitors of methyltransferase DOT1L (Daigle et al., 2011). The most promising inhibitor, GSK2807, bound to the the SAM binding pocket of SMYD3 with a dissociation constant of 14 nM, with its propyl dimethylamine side chain extending in to the lysine tunnel of SMYD3.

As would be expected, GSK2807 was competitive with SAM, however it did not compete with MEKK2 peptide substrates or the full length protein.  This was surprising because the propyl dimethylamine side chain of the inhibitor occupies a portion of the lysine tunnel where the substrate lysine of MEKK2 is observed to bind.  One would think this would result in the inhibitor being at least equally competitive with MEKK2 for SMKD3 binding.  Later modeling studies showed a potential second conformation of the MEKK2 side chain with the SMYD3 active site, which may explain the observed noncompetitive inhibition.

The kinetic studies indicated a reaction mechanism consistent with distinct biological functions for all three methylation states of MEKK2 K260 (lysines can be mono-, di-, and tri- methylated), as is the case for some histone methylations.  Though it is known that trimethylation at K260 blocks its interaction with the protein phosphatase 2A complex, a negative regulator of the MAP kinase pathway, roles for mono- and di-methylation have not been defined.

Using a panel of nine other methyltransferases, GSK2807 was shown to highly selective for SMYD3, with 24-fold selectivity for SMYD3 over its closest homolog, SMYD2.  While GSK2807 was not sufficiently membrane permeable to be used in in vivo studies, the inhibitor designed by Van Aller et al. clearly demonstrates that multiple binding pockets of SMYD3 can be targeted by small molecule inhibitors in order to prevent methylation of MEKK2 as a potential therapeutic strategy for RAS-driven cancers.  Their studies also led to a deeper understanding of the catalytic and kinetic mechanisms of SMYD3. 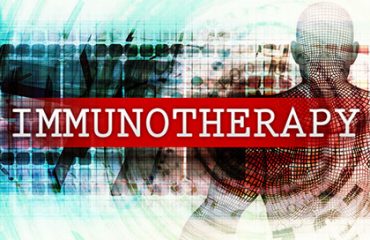