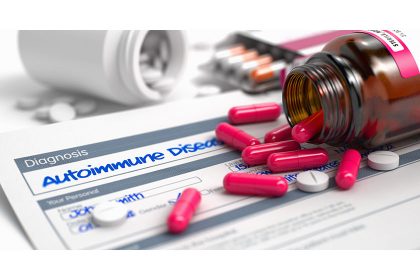 Could specific JAK1 inhibitors lead to better treatments for autoimmune disease? – The human immune response is complex with numerous cellular pathways playing a role. And, when an abnormal immune response results from one’s own body, known as an autoimmune disorder – it adds to the complexity. While we often think of celiac disease, inflammatory bowel disease, multiple sclerosis, psoriasis, lupus, or rheumatoid arthritis (RA) as common autoimmune disorders, there are over a hundred others. 2

Since cytokines (a variety of proteins involved in cell signaling) have a responsibility in driving and regulating the immune response, an imbalance can contribute to autoimmune disease. Janus kinases (JAK) including JAK1 are tyrosine kinases that activate cytokines by offering a phosphate group, taking from ATP leaving ADP as a result of phosphorylation.3

JAK1 is just one of several cytokine signaling enzymes that continue to be evaluated in order to mitigate unhealthy immune response such is the case with autoimmune disorders.

Signal transducer and activator of transcription (STAT) proteins are a family of transcription factors that through a chain of reactions ultimately lead to cellular immunity, proliferation, apoptosis, and differentiation. 3 Once a cytokine (be it interferons, interleukins, or a different type) binds to its receptor, JAK proteins are activated. JAKs in turn phosphorylate the cytokine receptor allowing for subsequent STAT binding which is then able to relocate to the nucleus where transcription occurs. In normal cells, this pathway enhances the immune response to fight unwanted disease. Genome studies have found a multitude of polymorphisms in many of the proteins involved in this pathway which contribute to autoimmune and inflammatory disorders.1,3

While the development and success of JAK inhibitors has been around for a while; Imatinib has been treating hematologic disorders since early 2000s, it’s only recently that these inhibitors are being developed for autoimmune disorders such as RA and psoriasis.1  Researchers at Sareum are excited about a recent small molecule discovery that through inhibition of TYK2/JAK1, patients suffering from an excess of interleukin 22 (IL-22) causing psoriasis could get some relief.4  Additionally, a newly FDA approved JAK1/JAK2 inhibitor (Tofacitinib) which blocks several cytokines including IL-2, IL-4, IL-15, and IL-21 shows promise in treating RA patients.1

It’s important to keep in mind how the immune system works with interconnectivity and dependency between molecules and pathways.  What works for one autoimmune disorder might not be the answer to another. Finding the precise JAK inhibitor for the targeted disorder is one path with great potential to treat some autoimmune conditions.

Learn More About the JAK1 Assay