BellBrook Labs was awarded a Phase I Small Business Innovative Research (SBIR) grant of $353,000 from the National Institute on Alcohol Abuse and Alcoholism for pharmacological validation of GIV, a nonreceptor guanine nucleotide exchange factor (GEF), as a therapeutic target for liver fibrosis.  BellBrook will use proprietary high throughput GTPase assay methods to identify small molecule inhibitors of GIV and test them in disease models, setting the stage for a targeted drug discovery effort in Phase II. 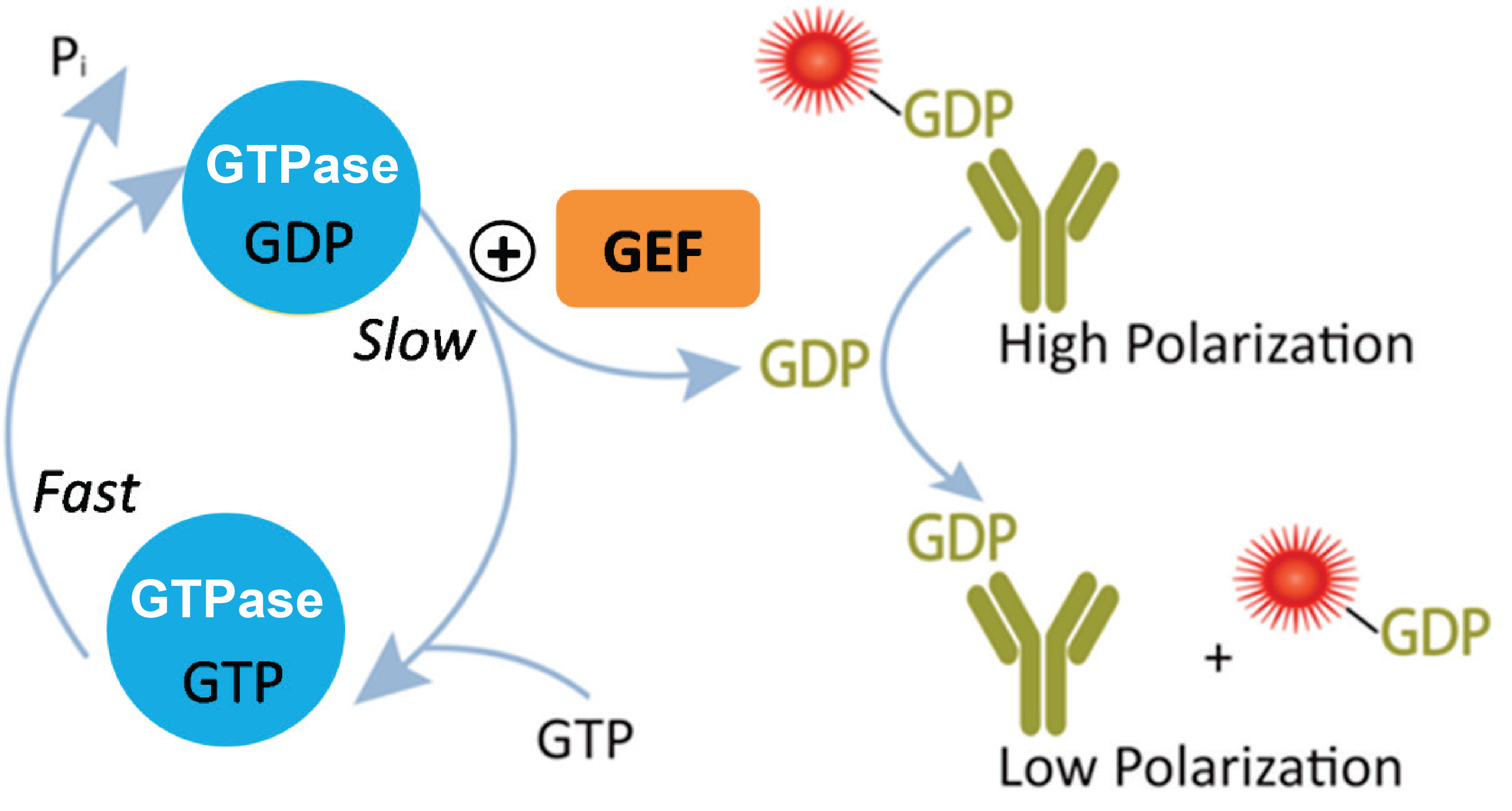 BellBrook Labs received a Phase I Small Business Innovative Research (SBIR) grant from the National Institute on Alcohol Abuse and Alcoholism to use their proprietary Transcreener GDP GTPase assay platform for the pharmacological validation of a promising new therapeutic target for liver fibrosis.  The $353,000 grant will allow principal investigator, Dr. Steve Hayes, to use high throughput screening (HTS) of small molecules to identify GIV inhibitors and test them in cellular models for anti-fibrotic activity.  If successful, these studies could lay the foundation for development of the first targeted therapy for liver fibrosis.

Liver fibrosis and cirrhosis represent a massive health care burden worldwide and comprise the twelfth leading cause of death, accounting for more than 30,000 deaths each year in the U.S.  Pioneering research from Dr. Pradipta Ghosh at the University of California, San Diego has shown that GIV sits at the hub of profibrogenic signaling in liver fibrosis, and is required for the key physiological events that lead to this condition:  the migration, proliferation and extracellular matrix deposition of hepatic stellate cells (HSC) ( see Nat Commun. 2014 Jul 21;5:4451).  GIV is a compelling drug target as it is strongly overexpressed in the disease state, and functions independently of the extracellular signaling receptors used to instigate fibrosis.

GIV is a challenging target for HTS because its catalytic activity – stimulation of Gα GTPase activity – is difficult to detect in a simple, sensitive assay method.  The GIV inhibitors identified to date disrupt its interaction with Gα, which is only one of several possible ways that inhibitors could function.  BellBrook recently showed that the company’s proprietary Transcreener GDP GTPase assay can be used to measure GEF-dependent increases in GTPase activity (see J Biomol Screen. 2015 Dec;20(10):1294-9).  Using this assay to screen small molecules will increase the chances of identifying GIV inhibitors because it is an unbiased approach, capable of detecting of inhibitors regardless of whether they bind at the active site, at allosteric sites, or block the interaction with Gα.