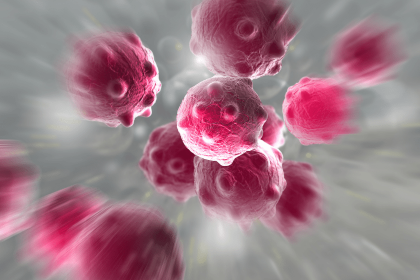 Properties and Function of JNK1

c-Jun N-terminal kinase 1 (JNK1), also commonly known as Mitogen-Activated Protein Kinase 8 (MAPK8), is a member of the JNK subgroup of MAP kinases. JNK1 is encoded by the MAPK8 gene. MAP kinases form a superfamily of protein kinases that function by phosphorylating various protein substrates, including transcription factors, which in turn regulate the expression of downstream gene targets1. Members of the JNKs primarily act as key mediators of cellular responses induced by extracellular signals such as UV irradiation, inflammatory signals, and some mitogens. JNKs are involved in a broad spectrum of cellular processes, including cell proliferation, differentiation, and apoptosis. JNK1 is found to be expressed ubiquitously. Loss-of-function studies have shown that JNK1 plays essential roles in modulating immune cell function, development of the nervous system, and functions in the CNS2.

Once cell-surface receptors detect the extracellular signals, JNK1 is activated by upstream JNK kinases (JNKKs) and JNKK kinases (JNKKKs) via phosphorylation. In particular, JNK is activated by MAPK2K, which is regulated by other upstream proteins such as MAP3K and MAP4K, as well as JNK-interacting proteins (JIPs). Activated JNK1 catalyzes the phosphorylation of transcription factor c-Jun, a significant target of the JNK signaling pathway, resulting in its activation. c-Jun is a critical component of transcriptional activator Activating Protein 1 (AP-1). However, it is now known that other transcription factors are activated by JNK1, which can contribute to AP-1 activity1. Collectively, these components constitute the canonical JNK signaling cascade which governs vital processes such as proliferation, survival, migration, apoptosis, senescence, and stress responses3. Dysregulation of the JNK signaling cascade is associated with inflammatory disorders and cancers3, further illustrating its cellular importance.

Researchers have found that JNK1 plays dichotomous roles – both in cell survival and apoptosis under different cellular contexts. In fibroblast lacking both JNK1 and JNK2, cells became sensitive to Tumor necrosis factor α (TNFα)-induced death, indicating the JNK promotes cell survival. A study showed that JNK is necessary for JunD-mediated expression of pro-survival genes in fibroblasts. Additionally, the JNK/JunD pathway works with key transcription factor NFkB to promote the expression of anti-apoptotic genes, thus promoting survival4. In addition, mice deficient in both JNK1 and JNK2 showed enhanced apoptosis in the hindbrain and forebrain regions5. Au contraire, JNK1 is essential in activating apoptotic signaling by upregulating pro-apoptotic genes via c-Jun in a stimuli-specific manner6 or by regulating mitochondrial pro-and anti-apoptotic proteins7. This pro-apoptotic event can be induced by inflammatory signals such as TNFa or UV irradiation. Ultimately, whether JNKs initiate a pro- or anti-apoptotic response is highly dependent on the type of stimuli and the type of cells.

Targeting JNK1/MAP8K as a Cancer Therapeutic

Since JNKs play a fundamental role in regulating key biological processes, it is not surprising that aberrant JNK1 is associated with cancer. JNK activation was often reported in multiple cancer cell lines and patient tissue samples8. For example, in primary hepatocellular carcinomas (HCC), JNK1 activation was significantly upregulated. High JNK1 levels in HCC patients are associated with poor disease prognosis9. Mice lacking JNK1 were less susceptible to developing HCC10. In the mice model of intestinal cancer, mutating JNK resulted in reduced tumor number and size11. Also, JNK activation was found to be associated with squamous cell carcinoma and melanoma3. Lastly, JNK1 expression was found to be elevated in patients with prostate cancer12. Therefore, these studies suggest that JNK plays proto-oncogenic roles in cancer development.

However, JNK1 has also been found to be a tumor suppressor. For instance, JNK1-deficient mice develop intestinal tumors and are susceptible to tumorigenesis after inoculation with melanoma and lymphoma cell lines. The current consensus in the field is that JNK1 can act as both an oncogene or a tumor suppressor depending on the form of cancer and the tumor microenvironment. More studies would have to be performed to gather a complete understanding of the role played by JNK1 in cancer development.

Nonetheless, JNK1 remains to be an attractive therapeutic target for certain cancers. Selective inhibitors of JNKs, including JNK1, have already been explored to treat cancers and other diseases13. Drugs targeting the JNK pathway are currently being tested for the treatment of prostate cancer12. Sulindac showed success in significantly inhibiting cell proliferation and promoting cell apoptosis by targeting a JNK1-associated signaling pathway14.

In conclusion, because of how central JNK1 is to essential biological processes, more research would have to be done to determine the efficacy and safety of JNK inhibitors in treating malignancies.

A Specific Inhibitor for a Promiscuous Glycosyltransferase