Riboswitches were discovered in 2002 by Ron Breaker at Yale as RNA-based intracellular sensors of vitamin derivatives. During the last decade, riboswitches have been identified that bind a range of small biomolecules including nucleotides, amino acids, and ions. Riboswitches exert regulatory control of transcription, translation, splicing, and RNA stability. BellBrook scientists used a riboswitch that binds s-adenosylhomocysteine (SAH) to solve issues with current methyltransferase  HTS assays. 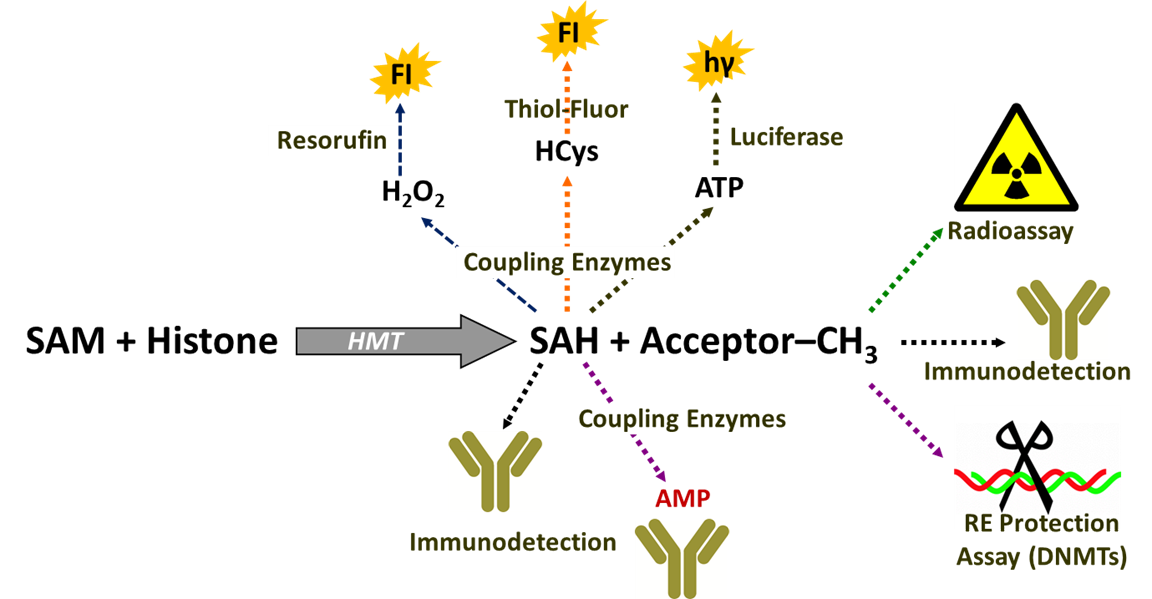 Developing an Assay for SAH 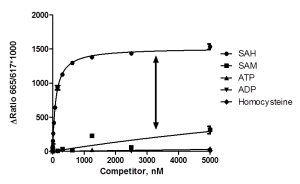 Figure 2. Selectivity of the riboswitch aptamer for SAH.

Binding of a ligand to an aptamer usually causes significant conformational changes, which can be transduced into proximity based signals like FRET. However, with the SAH riboswitch, we found that splitting it into two pieces produced the most effective detection reagent, using either FP or TR-FRET. As SAH is produced in the methyltransferase reaction, it induces assembly of the intact ligand bound aptamer, resulting in FRET between the Tb on one piece and the DyLight 650 on the other. The use of use of a far-red tracer combined with time-gated detection minimizes interference from fluorescent compounds and light scattering.

The AptaFluor™ assay is a two-step, mix & read endpoint assay. To 10-μl enzyme reaction or standards, 5 μl of SAH stop reagent is added, followed by 5 μl of SAH detection mixture and equilibrated for 2-3 hours prior to reading a 384-well plate. 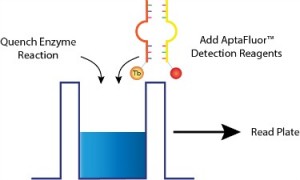 Standard curves mimicking enzyme reactions were used to evaluate the assay. Starting at a given concentration (in this case 100 nM), SAM is decreased incrementally and replaced with SAH; the combined SAM/SAH concentration is kept constant.  In order to test for robustness, standard curves were performed with sufficient replicates to allow for calculation of Z’ values, which provide a measure of the usable signal window of the assay.  For a biochemical assay, a Z’ of 0.7 for 10% conversion of product to substrate indicates a very robust assay – one that will yield unambiguous results in a screen. The 100 nM standard curve illustrates a 10% conversion (10 nM SAH) with a Z’ of 0.83.  This is the low end of the SAM Km range for histone methyltransferases, therefore the AptaFluor™ SAH Methyltransferase assay provides an HTS method that can be used under physiological conditions. 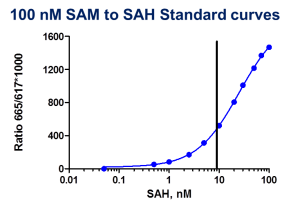 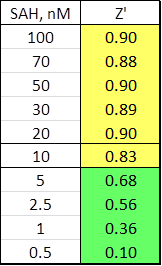 Proof of stability of the reagents is very important because the aptamer is an RNA based sensor.  When detection reagents are equilibrated to room temperature prior to dispensing and subsequently used, there is very little, if any decay in the response even after being left overnight.  After reagents are added to reactions measuring SAH, the signal is very stable at room temperature for several hours. There was no decrease in the Z’ value from the initial reading at 3 hours to overnight with these standard curves. Nanopure water was used but no special precautions are used to avoid RNases, such as treating reagents with DEPC. 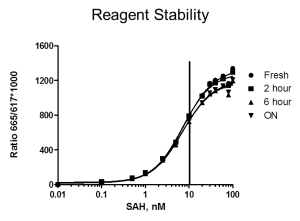 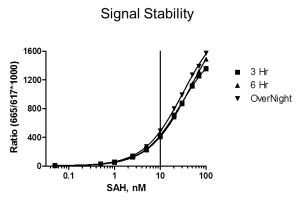 Figure 6. Signal stability (at room temperature) was assessed by reading plates at the indicated times after addition of detection reagents. n = 6

At this point, a mix-and-read, TR-FRET-based assay for methyltransferases has been developed that can measure SAH at the target of 10 nM with a Z’ greater than 0.7. The riboswitch is extremely selective for SAH over SAM, and the reagent and signal stability are excellent.

In Part II the following topics will be discussed:

Learn more about the assay:

Please note data from part I & II of this series was presented at DOT 2016 in Boston, MA. BellBrook Labs is in the final stages of bringing this product to market. Some changes in the assay may occur to provide the best results to our customers. 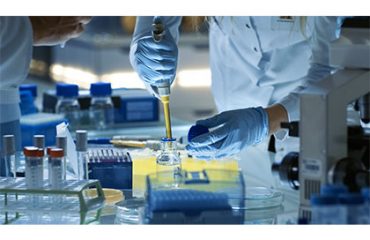 Epigenetics: Kinases Can Play Too