Sometimes, the most intriguing cellular processes happen outside of the cell.

Case in point: purinergic signaling pathways, in which extracellular receptors sense levels of purines in the extracellular milieu. The result? A wide array of effects on neuronal signaling, vascular tone, thrombosis, and immune function.

But what controls the level of extracellular purines? Enter ectonucleotidases: plasma membrane-bound enzymes with externally oriented active sites that metabolize nucleotides to nucleosides.

One type is ectonucleoside triphosphate diphosphohydrolase-1 (ENTPD1), also known as CD39 or NTPDase1 protein. This enzyme catalyzes the hydrolysis of γ- and β-phosphate residues of triphospho- and diphosphonucleosides to the monophosphonucleoside derivative. It’s not a terribly picky enzyme and can hydrolyze ATP, ADP, UTP, and UDP with similar efficiency. Through its actions, it affects the amount of ligands available to P2 receptors, which are ligand-gated ion channels or G-protein coupled receptors. Medically significant roles of P2 receptors include chronic pain perception and vascular complications of diabetes.

The ability of CD39 to hydrolyze ATP to ADP to AMP holds particular biological importance, because AMP can be processed to adenosine, and extracellular adenosine has a significant impact on dozens of disease states. CD39 may directly affect cancer progression by regulating T cell and natural killer cell activity and antitumor responses in general,[1] and immunosuppression of melanoma cells specifically.[2]   During tumor pathogenesis, secreted adenosine acts as an immunomodulator, affecting tumor-specific immune response.[3]

Cancer pathogenesis and inflammation aren’t the only roles for CD39, though. Expression of CD39 in the vasculature controls the activation of platelets, as well as the size and stability of thrombi.[4] There’s even evidence that CD39 is directly involved in myocardial rupture after myocardial infarction; genetic knockout of CD39 in mice results in animals whose heart tissue is nudged toward reparative processes in wake of cardiac damage.[5] Other evidence indicates that adenosine levels and CD39 activity are directly correlated with inflammation, pathogen colonization, and the ability of pathogens to evade the host inflammatory response. [6]

The potential for purinergic pathway members to serve as drug targets isn’t theoretical. Plavix (clopidogrel) is a P2Y12 receptor inhibitor used to reduce heart disease and stroke in patients at high risk. In 2011—prior to patent expiration—global annual sales revenue for Plavix was reported to be $9.7 billion. Methotrexate, an anti-inflammatory agent, results in the release of extracellular adenosine. Although it is no longer under patent protection, annual sales of generic methotrexate have topped $100 million in recent years.

But while FDA-approved drugs targeting receptors exist, drug development efforts focusing on ectonucleotidases have taken a slower path. In large part, this has been due to lack of sufficiently sensitive and specific ectonucleotidase assays. For that reason, a recent publication describing a fluorescence polarization assay for NTPDases is promising.[7]

This assay, which utilizes antibodies, fluorescent tracers, and ADP from BellBrook Labs, enables the direct detection of the enzymatic reaction product ADP when using ATP as a substrate (for NTPDase2, NTPDase3 and NTPDase8) or of AMP upon using ADP as a substrate (for NTPDase1). The method leverages selective antibodies that can distinguish between mono-, di-, and triphosphates. ADP or AMP produced during the reaction displaces the fluorescent tracer nucleotide from the antibody, resulting in a change in fluorescent properties and production of signal. Because the fluorescence polarization immunoassay (FPIA) assay is highly sensitive, low concentrations of substrate can be used (for example, the optimal concentration of antibody for the NTPDase1 / CD39 assay was 8 ug/mL, which is a level suitable for screening moderately soluble compounds and for fragment-based screening).

This approach allows screening at levels near the Km value of the enzyme, facilitating high-throughput methods. This is exceptionally helpful, because screens conducted at much higher concentrations require the competitive inhibitor to be present at similarly high concentration—which is problematic for inhibitors that are poorly soluble. The conventional malachite green assay for ectonucleotidase activity detects phosphate and not the nucleoside reaction product; because many biological reactions release phosphates, this often results in high background and lack of signal specificity. The FPIA assay does not suffer from this limitation.

The authors validated the FPIA assays statistically, and used the assay to calculate the Ki of a known NTPDase3 inhibitor (an anthraquinone derivative named PSB-06126). The determined Ki value agreed with the published value. The researchers performed a small library high-throughput screen to identify inhibitors of NTPDase3, yielding two potential novel inhibitors.

Could ectonucleotidase inhibitors be viable drug candidates? If lessons from other purinergic pathway members serve as a guide, the answer is yes. But success will require highly specific and sensitive HTS assays—tools that are now within reach, enabling a world of possibilities.

In this webinar we discussed: 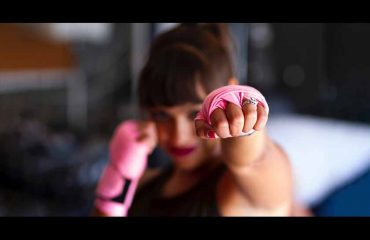