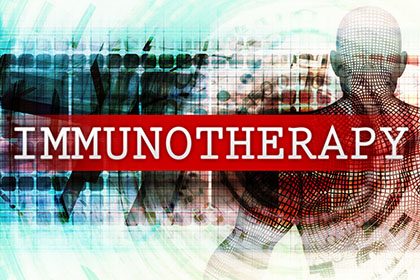 Checkpoint blockade is turning heads in the oncology community. This form of immunotherapy, which uses anti-PD-1 or anti-CTLA-4 antibodies to coax the immune system into recognizing and attacking cancer cells, has been a game-changer — but only for some patients. Types of cancer for which checkpoint blockade currently cannot presently be used include gastrointestinal tumors (which affect about 4,000 to 6,000 people per year in the U.S.¹), melanoma (more than 91,000 cases annually in the U.S.²), and non-small cell lung cancer (approximately 178,000 cases annually in the U.S.³), among others.

Tantalizing evidence from recent in vitro and animal studies suggest a strategy for turning “cold,” or non-responsive, tumors into “hot” tumors that are susceptible to checkpoint blockade therapy.4

To turn up the heat, researchers are returning to a target that had previously caused the pharmaceutical industry some disappointment in cancer monotherapy approaches: heat shock protein (HSP) 90, a molecular chaperone that shepherds the maturation, folding, and functional stability of a wide array of cellular proteins referred to as HSP90 client proteins.4,5

HSP90 appears to have paradoxical roles in oncology and immunology, with interesting implications for immunotherapy.  During tumorigenesis, many HSP90 client proteins appear to drive processes necessary for oncogenesis such as immortality, altered and accelerated metabolism, genomic instability, and dissemination.5 In the frenzied cellular rush of malignant progression, these HSP90 client proteins are often expressed in mutant, amplified, or translocated forms that are inherently labile, requiring HSP90 for stability.5 As a result, HSP90 is expressed highly in tumor tissues, although preclinical and early-stage clinical trials of various HSP90 inhibitors as single-agent therapies had given mixed results.4

Interestingly, although there has been some concern from in vitro studies that inhibition of HSP90 could hamper events necessary for immunotherapy (such as delivery of antigenic peptides to the surface of cancer cells, direct tumor recognition by CD4+ T cells, and antigen cross-presentation and priming), subsequent data suggest that the role of HSP90 in modulating tumor immune responses is far more nuanced.5 As it turns out, inhibiting HSP90 could potentially provide a way to overcome challenges that currently limit the effectiveness of immunotherapy — for example, by driving elevated MHC I expression in combination with paradoxically enhanced antigen expression, resulting in increased T-cell recognition of tumors.5

The theory that HSP90 inhibition could facilitate anti-tumor immunity is supported by in vitro data using a sarcoma model expressing HSP90 client protein EphA2.6 And one research team has reported preclinical evidence of improved outcomes in two mPD-L1–expressing, syngeneic mouse tumor models by administering a combination of HSP90 ganetespib with anti–PD-L1 antibody treatment.5 Further study is needed, particularly in light of toxicity issues with some first-generation HSP90 inhibitors, but the possibility that checkpoint blockade could benefit more patients – or even be made more effective for currently indicated patient populations – provides hope.

The practical application of such combination therapies may require novel HSP90 inhibitors as well as precise evaluation of known HSP90 inhibitors for specific activities critical to anti-tumor immunity. Toward that end, sensitive and high throughput assays are key to increasing the pace of investigation. The Transcreener® ADP ATPase Assay Kit from BellBrook Laboratories is a one-step assay that allows direct detection of ADP with three fluorescent readouts. This assay has been proven to detect ATPase activity of yeast and human HSP90 protein7 and for characterization of the HSP90 small molecular inhibitor CPUY201112.8

The cost of checkpoint blockade immunotherapy has been met with concern about the ability of expanding access to this treatment.9 Could combination therapy with sensitizing agents such as HSP90 inhibitors provide a path toward safeguarding the effectiveness of immunotherapy, as well as expanding its applicability for currently recalcitrant types of cancer? Further investigation is needed, but it seems likely that robust, high throughput screening assays will play a role in answering these questions. 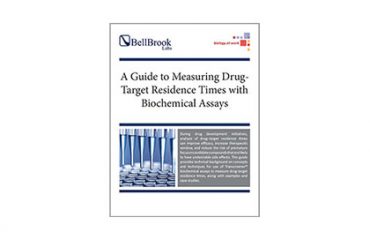