Aicardi–Goutières syndrome (AGS) is a rare and brutal genetic condition. Most infants born with the syndrome are asymptomatic at birth, but about 1 in 5 have enlarged spleen and liver, elevated liver enzymes in the blood, decreased platelet level, and abnormal neurological responses. Over the first year of life, things get much worse: episodes of severe brain dysfunction (encephalopathy), fevers but no infection, seizures. The infants’ growth slows (including brain and skull development, resulting in microcephaly), and developmental milestones that had been reached are lost. Signs of persistent inflammation occur throughout the body, and white blood cells and inflammatory markers accumulate in the cerebrospinal fluid.

These babies’ bodies are fighting a ghost of infection. Inflammation of the central nervous system happens while the body launches an all-out inflammatory assault…responding to pathogens that aren’t there.

The results are devastating. White matter in the brain deteriorates and brain tissue calcifies, causing profound intellectual disability. AGS patients experience impaired muscle function, causing muscle stiffness, involuntary muscle contractions in the arms, and muscular weakness in the torso. Nearly half of patients have painful, itchy skin lesions on their extremities and problems with vision, joints, and ulcers in the mouth. Most do not survive childhood, though some people with milder manifestations of AGS may live into adulthood.

Why does the body go into defensive overdrive during AGS, destroying itself in the process? Recent research out of the University of Edinburgh[1] shows that a mutation in Rnaseh2b causes accumulation of DNA:RNA hybrid molecules, which trigger the cGAS/STING innate immune system pathway. DNA:RNA hybrids occur during the normal course of transcription and DNA replication, and ribonucleotides are excised by the three-subunit RNase H2 complex. In individuals with AGS who have an A174T missense mutation in Rnaseh2b, a functional RNase H2 complex does not assemble, RNA:DNA hybrids are not processed properly, and the nucleic acid sensor cGAS is activated. Normally, cGAS acts in surveillance mode to detect cytosolic DNA that occurs during viral pathogen infection. During this process, cGAS produces the dinucleotide cyclic GMP‑AMP (cGAMP), which activates the STING receptor, leading to the expression of type I IFN‑stimulated genes and inflammation. It’s a helpful innate immune response under normal conditions, but the continual accumulation of DNA:RNA hybrids that form in people with AGS causes the cGAS/STING pathway to be constantly activated.

Animal models to study AGS, however, have been limited, as homozygous RNase H knockout mice are embryonic lethal. Researchers at the University of Edinburgh recently generated Rnaseh2bA174T/A174T knock-in mice as a subclinical model of disease, allowing detailed investigation into the molecular mechanism of AGS in this genetic context. Unlike the severe phenotypes seen in humans with the A174T mutation, the knock-in strain appear phenotypically normal, although interferon-stimulated gene transcript regulation occurred as it does in AGS patients. However, absence of phenotype had also been observed with mice deficient in two other loci that can cause AGS when disrupted, Samhd1 and Trex1.  Analyzing the Rnaseh2bA174T/A174T knock-in strain and mouse embryonic fibroblasts generated from breeding Rnaseh2b-/- with p53-/- mice, researchers confirmed that the inflammatory response requires cGAS and STING, and that the mutation causes reduced cellular ribonucleotide excision repair activity and increased DNA damage.

While therapeutic interventions for AGS are still on the horizon, relevant animal models are key to developing badly-needed therapeutic strategies for this and similar interferonopathies. The development of in vitro assays for probing the cGAS/STING pathway is also critical for progress. 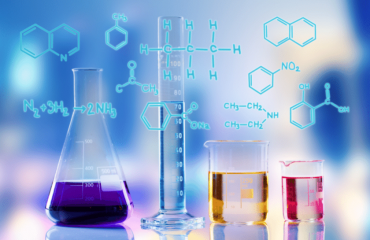 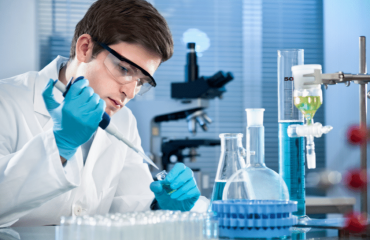 The Role of CD38 Activity in the Impaired Immune Response