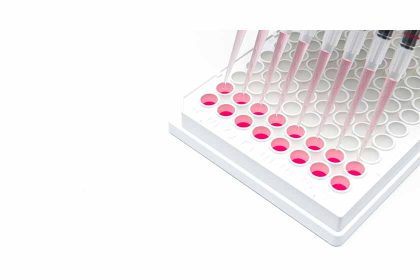 Glycosyltransferase (GT) enzymes are incredibly diverse in their abilities to catalyze the transfer of sugar molecules to protein, carbohydrate, and lipid substrates. GTs have various metabolic and regulatory roles in biology. Glycosyltransferase targets provide different areas of therapeutic potential in a wide array of disease, including cancer, metabolic disorders, and infectious disease. A glycosyltransferase activity assay provides a means of which to thoroughly interrogate GT targets for novel treatments.

From a drug discovery point of view, GTs are gaining increasing interest as targets for “substrate reduction therapy” in lysosomal storage disorders (LSDs) such as Gaucher and Fabry diseases, and as anti-microbial targets for disrupting bacterial cell wall biosynthesis. From an HTS assay perspective, GTs are a challenging target class because of the diversity of both donor and acceptor substrates.

Although GTs use a diverse mix of acceptor substrates from proteins to small molecules, the majority of human GTs use only three different nucleotide-sugars as donors: UDP, GDP, or CMP. Because there is only one “donor product” for each type of group transfer reaction, a single set of detection reagents can cover an entire family.

Lysosomal storage disorders (LSDs), a group of over 40 inheritable diseases present in one out of every 7700 births, arise from enzyme deficiencies within the glycosphingolipid pathway that result in toxic accumulations of non-degraded substrates. LSDs include Gaucher, Tay-Sachs, Sandhoff, Fabry, Neimann-Pick type C, and GM1 gangliosidosis diseases.

Enzyme replacement therapy (ERT) is a clinically validated treatment for some LSDs, including Gaucher and Pompe diseases, but it requires an injection of the recombinant enzyme and it is not effective for neuropathic symptoms due to the inability of the replacement enzyme to cross the blood-brain barrier.

Substrate reduction therapy (SRT) is an alternative therapeutic approach that relies on the development of small molecule inhibitors that reduce biosynthesis of the toxic metabolite. In most cases, the target enzyme is a glycosyltransferase. 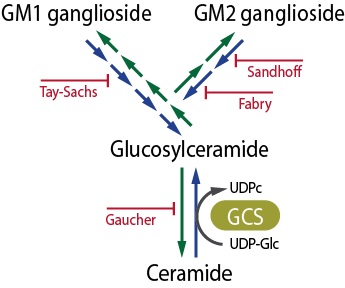 Issues remain with glycosyltransferase activity assay methods. For example, measurement of activity with the traditional use of radioactive sugar-nucleotide donors, requires management of radioactive materials and waste and relies on a cumbersome extraction process to recover and measure glucosylated products. Other non-radioactive assays for glycosylated products tend to be specific for just one enzyme, can require modified sugar-nucleotide donors, and may require a separation step.

A viable alternative is UDP detection through a universal assay for any UDP-sugar glycosyltransferase. Invariably, this method has involved enzyme coupling to convert the UDP to a detectable product, such as phosphate, or coupling with UDP-glucose dehydrogenase to produce NADH before conversion to a fluorescent resazurin by diaphorase. However, these coupled assays are inherently prone to false positives from compound interference with the coupling enzymes, and thus require many additional wells for counter-screening.

Therefore, a robust, in vitro high-throughput assay targeting glycosyltransferases that enables screening of chemical libraries or optimizing leads could enhance the ability to develop inhibitors with improved therapeutic properties.

The Advantages of a Direct Detection Platform

BellBrook Labs pioneered the development of HTS-compatible assays for glycosyltransferases with the introduction of the Transcreener® UDP Glycosyltransferase Activity Assay in 2005. The Transcreener platform offers the only HTS-compatible GT assay method that relies on direct detection of reaction products. Unlike other methods, it has fewer reagents and does not depend on coupling enzymes, which can interfere with the compound screening process and increase the risk of false positives or missing a hit.

Two Reagents Do the Work

The direct detection method used by the Transcreener platform relies on the interaction between an antibody and a tracer. When the donor nucleotide displaces the tracer, a change in fluorescence enables detection. The antibody is covalently labeled with terbium (Tb) for the time-resolved Förster-resonance-energy-transfer (TR-FRET) format and unmodified for the fluorescence polarization (FP) format.

The ability to differentiate between closely related nucleotides is a central key to the Transcreener technology—enabling detection of nucleotide products in the presence of an excess of substrate (e.g, UDP detection in the presence of excess UDP-glucose), which is a requirement for measuring enzyme initial velocity. The antibodies in Transcreener assays can resolve subtle structural differences between nucleotides, such as a single phosphate or methyl group, using a simple mix-and-read protocol. This antibody selectivity for the product nucleotide versus the substrate ranges from 150-fold to greater than 1000-fold.

Transcreener reagents are extremely robust, allowing outstanding deck and signal stability. Signal readouts from some coupled assays are limited in read times, while Transcreener fluorescent readouts can be read overnight or longer. Plates can be read long after the addition of detection reagents. This makes Transcreener a great fit for automated high throughput screening.

The Power of PKM2 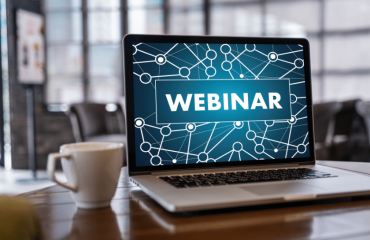 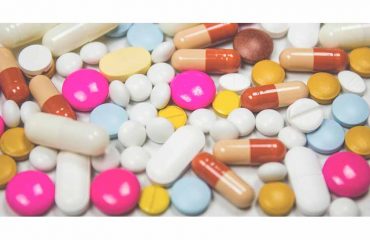