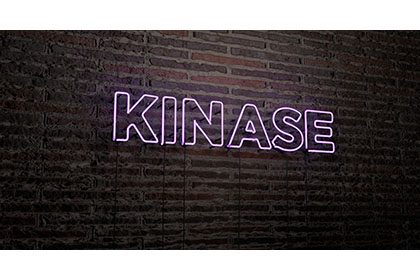 A kinase assay works by simply measuring the activity of the kinase. A kinase is an enzyme that aids in the transfer of a phosphate from ATP to another specific molecule. They regulate many activities in the human body. The measurement is used to test potential drugs to see how they affect kinase activity.

An Overview of Kinase Activity Assay Types and Techniques

Kinases are fundamentally important regulators of cell activities. Kinase enzymes catalyze the transfer of a phosphate group from a donor ATP molecule to a substrate. This results in phosphorylated product and ADP. Kinase substrates can be proteins, lipids, carbohydrates, and nucleic acids. Protein phosphorylation by kinase enzymes regulates countless different cellular signaling pathways.

There are more than 550 members of the human kinase enzyme protein family.¹  Many cellular activation processes are switched on or off by kinases. And kinases can themselves be regulated by other kinases, which is referred to as protein kinase cascades. Kinase-associated diseases include different types of cancer, diabetes, cardiovascular diseases, neurological diseases, inflammatory diseases and conditions, and autoimmune diseases.

Drug development relies heavily on kinase screening assay techniques and technologies to identify new drug targets. Kinase assay screens enable drug discovery because they can be used to monitor the activity of a particular kinase of interest in presence of test compounds. Compounds that inhibit kinase activity in vitro can be further studied to see if they have pharmacological characteristics that make them suitable as a drug. These features include potent inhibition of a specific kinase, lack of toxicity, and the ability to remain stable in the body long enough to be effective.

Quantifying kinase activity requires detecting either the formation of the phosphorylated product or measuring the amount of ATP used or ADP formed. Regardless of which kinase assay principle is chosen, there are several different kinase assay in vitro formats and readout options available.

A classic technique is the radioactive scintillation method, which is often considered to be the gold standard for kinase activity assays. This kinase assay protocol tracks the transfer of the radioisotope 32P from ATP, [γ-32P] to the substrate. The amount of phosphorylated substrate that is formed is quantified by scintillation counting. However, there are limitations to this approach. Disposal of radioactive reagents is costly, requires special environmental, health and safety considerations, and must be carefully documented to meet regulations.

The kinase binding assay technique is an alternative that does not directly measure activity. Rather, this approach measures the binding of small molecules to the kinase of interest, usually by monitoring signal from a fluorescent tracer. When the tracer is bound to the kinase, fluorescence resonance energy transfer (FRET) occurs and when the tracer is displaced, FRET is reduced.

Universal kinase assay kits are activity assays that are highly flexible. One example includes immunoassays that directly detect the formation of ADP using anti-ADP antibodies. This kinase assay principal allows investigation of a broad variety of kinases, regardless of the acceptor substrate. Universal kinase assay kits also lower the cost of assay development because one set of assay reagents can be used for all targets. Because ADP is detected directly there is a lower risk of compound interference from coupling agents.

Almost any reaction that produces ADP is appropriate for detection with a universal kinase assay kit. This technique is useful for a variety of enzymes, including purified tyrosine and serine/threonine protein kinases. It also is useful for kinases that do not act on protein substrates. This includes kinases that transfer a phosphate group to acceptors such as an alcohol, carboxyl, nitrogenous, or phosphate group. In essence, any reaction that produces ADP can be monitored with a universal kinase assay. For the same reasons, virtually any acceptor substrate can also be used including peptides, proteins, nucleosides, sugars, and lipids.

Direct immunodetection of nucleotides is used in the Transcreener® platform. The kinase activity assay protocol is based on the interaction of two detection reagents: an antibody and a tracer. When the tracer is displaced by the nucleotide, it causes a change in its fluorescence properties, allowing detection. For time-resolved Förster resonance energy transfer (TR-FRET) and fluorescence intensity (FI) formats the antibody is covalently labeled, whereas for fluorescence polarization (FP) it is unmodified.

The Transcreener assay approach is highly amenable to high-throughput screening (HTS). Reagents and instrumentation are readily available for key target families like kinases, proteases, and phosphodiesterases. It uses a mix-and-read format that simplifies automation and can be optimized for HTS drug screening efforts. 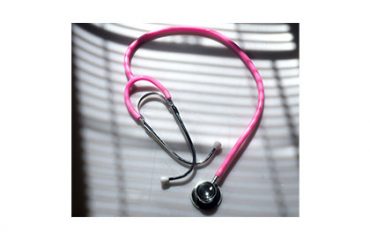