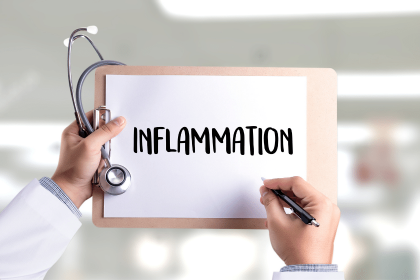 Components of the IKK Complex

The IκB kinase (IKK) complex consists of two catalytic subunits IKKα (IKK1) and IKKβ (IKK2), as well as a non-catalytic accessory protein IKKγ. IKKγ is also known as NF-κB essential modulator (NEMO). IKKα and IKKβ have high sequence homology and hence, are structurally similar. Both of those subunits possess phosphorylating activity. Although IKKγ does not have enzymatic properties, it was found to be non-dispensable for IKK complex function. It acts as a chaperone protein that is both a positive and negative regulator of the IKK complex1. In essence, phosphorylation of serine residues of either IKKα or IKKβ subunits, coupled with the interactions with IKKγ dimers, induces IKK activity2. However, the exact mechanism underlying this process remains unclear.

It was thought that due to structural and biochemical similarities shared between IKKα and IKKβ that they will have similar biological functions. Surprisingly, it was observed that both subunits have different substrates and functions3. This is due to the nature of the NF-kB signaling pathway, of which the IKK complex forms the core component.

The NF-κB signaling cascade is a master signaling pathway that governs several crucial biological processes such as inflammation4, cellular stress5, cellular differentiation, growth6, and survival. However, NF-kB can be activated via two routes – the canonical and non-pathway. Both pathways involve different IKK subunits; ultimately, resulting in different outcomes. Through the canonical pathway, a diverse range of pro-inflammatory stimuli such as Tumor Necrosis Factor-α (TNFα), Interleukin-1 (IL-1), and Toll-like Receptor (TLR) ligands induces the respective receptors to cause a rapid but transient activation of NF-κB. This requires both the phosphorylation and thus activation of IKKβ subunits. In contrast, the activation of the non-canonical pathway typically has slower kinetics but results in more persistent NF-κB transcriptional responses. Unlike the canonical pathway, the non-canonical pathway relies on IKKα and does not involve the IKKβ subunit7.

The main aspects of the canonical NF-κB signaling pathway are:

In the presence of upstream signals, which are detected by cell surface receptors such as TLRs, TNFRs, and antigen receptors, IKK complex becomes activated by being phosphorylated. The activated IKK complex then catalyzes the phosphorylation of IκB proteins, marking it for degradation via ubiquitylation. The removal of IκB proteins activates transcription factor NF-κB, which translocates into the nucleus from the cytoplasm to initiate transcriptional regulation of inflammation-related genes.

In addition to being a direct regulator of inflammatory genes, NF-kB also initiates a wide array of pro-inflammatory responses involving both innate and adaptive immunity – from producing cytokines and chemokines to the development and differentiation of inflammatory T cells. NF-kB also induces macrophage M1 polarization, recruits neutrophils, and regulates inflammasomes4.

IKKα and IKKβ of the IKK complex are also involved in NF-kB-independent immune responses. Studies have found that IKKα controls interferon production upon TLR stimulation8,9. Additionally, during early-stage allergic reactions, IKKβ phosphorylates SNAP-23 protein, which promotes mast cell degranulation. This adequately illustrates the multi-faceted nature of the IKK complex in the context of inflammation.