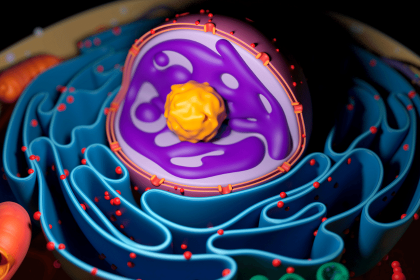 IRE1 (Inositol-Requiring Enzyme 1) is one of three resident transmembrane endoplasmic reticulum (ER) proteins that sense and signal distress from improper protein synthesis and conformation. (While IRE1 alpha is almost universally expressed and IRE1 beta is confined to the gut, both will be conflated as IRE1 here.)  Secreted and transmembrane proteins are primarily produced in the lumen of the ER. When stressors, such as an accumulation of unfolded proteins, excessive protein synthesis, lipid overload, iron or calcium imbalance, hypoxia, oxidative stress, or viral infection occur, IRE1, along with PERK and ATF6, respond, via what is known as the Unfolded Protein Response (UPR), to restore ER homeostasis. Overall, this response adds “chaperone” molecules to help correct the folding of errant ER proteins, reduces the translational load in the ER via mRNA degradation in a process called regulated IRE1-dependent decay (RIDD), and destroys irredeemably unfolded protein via ERAD (ER-associated degradation). If the ER stress is short-lived, systems and cells return to nominal function. If the stress is chronic and severe, apoptotic or massively inflammatory situations evolve, triggering chronic disease.1

The IRE1 protein spans the ER membrane, with its UPR sensing domain in the ER lumen and its catalytic region in the cytosol. IRE1’s catalytic region is composed of a serine/threonine kinase domain and an endoribonuclease domain. The Grp78 (aka BiP) protein is usually bound to luminal IRE1 under nominal conditions. When ER stress occurs, it dissociates from IRE1 and binds to unfolded proteins. This dissociation induces IRE1 oligomerization and autophosphorylation of the kinase domain. In turn, the endoribonuclease domain activates RIDD and performs novel splicing of XBP1 mRNA, yielding the transcription factor XBP1s.  XBP1s signals the nucleus to increase transcription of genes for protein folding chaperones, the ERAD system, and lipid biosynthesis. Depending on the particular cells and physiological conditions of ER stress, these upregulated genes affect secretion, lipid processing, glucose regulation, and inflammation.2

IRE1’s role in secreted protein production makes it vital to the health of a variety of highly secretory cells, including immune cells. The development, differentiation, activation, and cytokine expression of various immune cell types depend upon it. Upon viral or bacterial infection, the IRE1/XPB1 pathway contributes to the differentiation of CD8+ T cells into effector cells. By activating the c-Myc promoter, it also stimulates the expansion of natural killer cells. IRE1 and XPB1s are required for optimal production of pro-inflammatory cytokines in macrophages, with XPB1s essential for the differentiation of monocytes into macrophages. IRE1 is necessary for neutrophil infiltration, and active XBP1 is required for granule release. XPB1s are essential for B cells to differentiate into antibody-producing plasma cells and eosinophils to mature fully.3

While the final disposition of IRE1 in chronic disease states is not yet known precisely, chronically stimulated and apoptotic IRE1 expression pathways are implicated in Alzheimer’s, Parkinson’s, and Huntington’s diseases,5 along with systemic lupus erythematosus. Just as in type 1 diabetes, loss of crucial cell subsets via apoptosis leads to severe impairments. IRE1 is involved with the autoimmune response to misfolded pro-insulin accumulation in Akita mice and misfolded HLA-B27 in human ankylosing spondylitis. IRE1/XBP1s induce high expression of Grp78 in rheumatoid arthritis, triggering a potent synovial T cell response. In inflammatory bowel disease, the IRE1/JNK axis upregulates NFkB, releasing damaging cytokines. The IRE1/RIDD axis degrades microRNAs that suppress type I and type IV collagen production in scleroderma, causing excess fibrosis.6 For researchers looking for IRE1 inhibitors the Transcreener Kinase Assay might be an option as it allows for the direct detection of ADP produced via IRE1 activity.

Slowly, the complex picture of IRE1’s necessity and liability is becoming more evident. 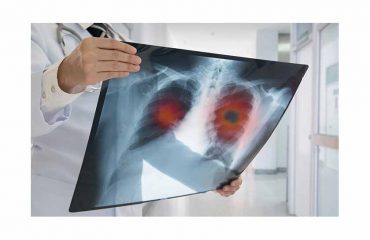