We are pleased to announce the launch of a new Transcreener® GDP Assay with a TR-FRET (time resolved Forster resonance energy transfer) readout. Together with the existing Transcreener GDP FI and FP assays, the new TR-FRET assay  provides sensitive detection of hundreds of enzymes of potential therapeutic interest, including small GTPases in the Ras/Rho familes and Galpha proteins as well as glycosyltransferase enzymes that use GDP-activated sugars; e.g., fucosyltransferases.  And like all of the Transcreener assays, it detects GDP directly without relying on coupling enzymes or intermediate steps that are prone to interference.

GTPases are a large family of enzymes that play diverse roles in normal and disease-related cell processes. It includes small GTPases in the Ras superfamily as well as the Galpha proteins that relay signals from G-protein coupled receptors. Though many GTPases are known to be intimately involved in disease pathways, they have yet to be exploited therapeutically, partially because they are difficult to incorporate into the high throughput screening assays used to identify lead drug molecules. The Transcreener GDP assay overcomes a longstanding problem in GTPase assays because it relies on direct detection of GDP rather than phosphate. Phosphate is a component of many biomolecules and commonly used reagents, and its ubiquitous presence in biological samples causes high background and false positives in the current GTPase enzyme assays.  BellBrook’s assay detects GDP – a much more specific product of GTPase enzymes – eliminating the background problems associated with phosphate detection.

TR-FRET is a highly preferred detection mode for HTS because it relies on a time-gated luminescence signal, making it resistant to prompt fluorescence screening compounds.  Like the other Transcreener assays for ADP, AMP/GMP and UDP, the Transcreener GDP assay relies on direct immunodetection of the nucleotide product, and does not depend on coupling enzymes, which are prone to interference from screening compounds.  It is the only HTS-compatible GTPase assay that uses direct GDP detection.  Designed specifically for HTS with a single addition mix-and-read format and overnight reagent and signal stability, the Transcreener GDP TR-FRET Assay is compatible with plate readers typically found in research labs as well as those used in HTS core facilities.

To learn more visit our GDP TR-FRET webpage or contact us at any time. 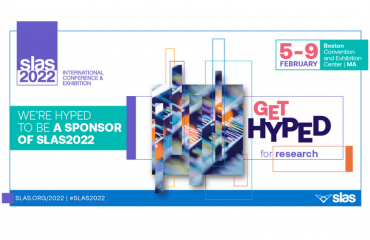