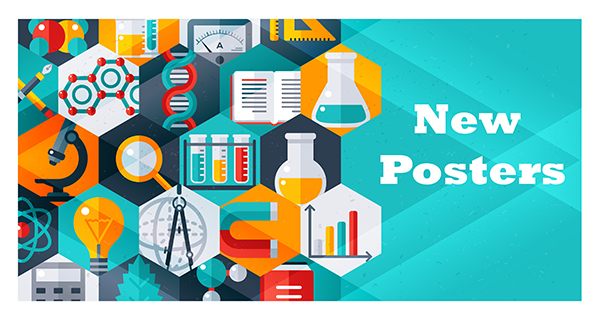 Guanine nucleotide exchange factors (GEFs) positively regulate Rho GTPases by accelerating GDP dissociation to allow formation of the active, GTP-bound complex. Development of inhibitors that specifically disrupt GEF action on a target Rho GTPase may be a promising therapeutic strategy for blocking Rho-dependent oncogenesis. Unfortunately, identification of GEF inhibitors has been painfully slow, in part, because the available GEF assays are not well suited for high throughput screening (HTS). To overcome these technical hurdles, we have developed a simple, generic biochemical assay for measuring GEF activity based on the fact that GDP dissociation is generally the rate-limiting step in the GTPase catalytic cycle, and thus, the addition of GEF causes an increase in steady-state GTPase activity. The increase in GDP production is determined using Transcreener GDP assay, which relies on selective fluorescence polarization (FP) based immunodetection of GDP to measure the GEF-dependent stimulation of steady-state GTP hydrolysis. As a proof of concept, we have tested the applicability of this method to selected combinations of Rho family GTPases (RhoA, RhoB, cdc42, Rac1) and GEFs (Dbs, P-Rex1).  Dbs caused dose-dependent increases in GTPase activity for Cdc42, Rho A, and Rho B with maximal GEF effects of 5.1-, 2.8-, and 16.3-fold, respectively; P-Rex1 increased the GTPase activity of Rac1 by as much as 14-fold. In addition, we carried out a 6,400 compound pilot screen of small molecules from a diversity library at the Chemical Genomics Center at the Lankenau Institute for Medical Research (LIMR) formatted in an orthogonally pooled format for the P-Rex1/Rac1 pair. We observed a hit rate of 0.33%, with a signal window of ~100 mP and Z’ of 0.71, indicating the robustness of the assay with sufficient signal magnitude and precision for HTS. It is noteworthy that unlike fluor-GTP binding assays, this method is based on multiple catalytic cycles for both the GEF and the GTPase with an unmodified GTP substrate; thus, it is a more direct measure of GEF’s intrinsic functional activity. In summary, the Transcreener GDP Assay provides a HTS-compatible and mechanistically unbiased assay that can be broadly used to determine the GEF activity of diverse sets of GTPase/GEF pairs and facilitate identification of novel GEF inhibitors.

Ectonucleotidases are plasma membrane-bound enzymes with externally oriented active sites that metabolize nucleotides to nucleosides and are crucial for maintaining immune homeostasis. The ectonucleoside triphosphate diphosphohydrolase-1, also known as CD39, ENTPD1, or NTPDase1 hydrolyzes ATP and ADP to AMP.  AMP can further be processed to adenosine leading to a significant impact on many disease states. Most recently, studies have shown a key role for adenosine in immunosuppression in the tumor microenvironment. For this reason, ectonucleotidases are emerging as promising immuno-oncology targets, with a number of groups working on small molecule and antibody-based inhibitors.  As the only HTS method capable of direct detection of nucleotides, the Transcreener® platform is uniquely suited for measuring ectonucleotidase activity with the high sensitivity and low levels of interference required for a successful HTS campaign.  We developed a simple biochemical assay for measuring CD39 activity based on the using the Transcreener AMP2 assay.   The assay requires only sub nanomolar amounts of CD39 with robust detection of AMP production (Z’ > 0.6).  Initial pilot screens have demonstrated potential hits while IC50s determined for tool compounds of CD39 were consistent with published values.  The homogenous assay uses a far red fluorescence polarization (FP) or TR-FRET readout and can be broadly applicable to other ectonucleotidases.   The availability of HTS-compatible enzyme assay methods will accelerate the discovery of inhibitors for CD39 and related ectonucleotidases that play a role in tumor immunity and other diseases impacted by adenosine signaling.

AptaFluor™ SAH: A Homogenous, Universal Methyltransferase Assay Based on a Microbial Riboswitch

Epigenetic regulation affects diverse diseases, and high throughput screening for histone methyltransferase (HMT) inhibitors is an area of intense activity.  HMTs produce many different methylated products, and assay methods that detect S-adenosylhomocysteine (SAH) – the invariant product of S-adenosylmethionine (SAM)-dependent methylation reactions – therefore offer some advantages over methods that detect specific methylation events.  However, direct detection of SAH requires a reagent capable of discriminating between SAH and SAM, which differ by a single methyl group.  Moreover, HMTs are slow enzymes, and current SAH detection methods are not sufficiently sensitive to allow detection of many HMTs using physiological concentrations of SAM.  To overcome this technical gap, we leveraged a naturally occurring SAH-sensing RNA aptamer, or “riboswitch”, that binds SAH with nanomolar affinity and exquisite selectivity.  We engineered sensors that transduce binding of SAH into positive fluorescence polarization (FP) and time resolved Förster resonance energy transfer (TR-FRET) signals.  Surprisingly, we found that splitting the riboswitch into two halves, such that SAH binding induces assembly of a trimeric complex, improved the sensitivity, selectivity and stability of the signaling.  The split riboswitch configuration, called the AptaFluor™ SAH Methyltransferase Assay, allows robust detection of SAH (Z’ > 0.7) at concentrations below 10 nM, with signal stability of at least 6 hours in the presence of typical HMT assay components. We used the AptaFluor™ SAH Methyltransferase Assay to detect several purified HMTs at concentrations well below the sensitivity limit for current assays using diverse acceptor substrates ranging from peptides to intact nucleosomes.  The potency of HMT inhibitors tested in dose response mode with the assay was consistent with literature values.  Stopping HMT enzyme activity has been another challenge for automated HTS, and the stability of the nucleic acid based sensor allowed the use of denaturing detergent as a highly effective quench agent.  The AptaFluor™ SAH Methyltransferase Assay leverages the outstanding molecular recognition and facile engineering of aptamers for robust, universal detection of HMTs at physiological SAM concentrations in an HTS-compatible format.

Cyclic GMP-AMP synthase (cGAS) is a recently discovered enzyme that acts as a foreign DNA sensor to elicit an immune response to pathogens via activation of the STING (stimulator of interferon genes) receptor.  Shortly after its discovery in 2013, aberrant activation of cGAS by self-DNA was shown to underlie debilitating and sometimes fatal autoimmune diseases, such as systemic lupus erythematosus (SLE), scleroderma and Aicardi–Goutieres Syndrome (AGS).  Knockout studies in animal models have clearly indicated that inhibiting cGAS is a promising approach for therapeutic intervention.  However, there are no HTS-compatible assay methods for measuring cGAS enzyme activity or for monitoring cGAMP in cell and tissue samples. To enable HTS efforts targeting cGAS, we developed Transcreener-based assays for cGAMP detection; i.e.,  homogenous immunoassays with fluorescence polarization (FP) and time resolved Förster resonance energy transfer (TR-FRET) signals.  The key assay reagents are antibodies that selectively bind cGAMP in the presence of excess ATP and GTP and tracers that are displaced by cGAMP.  Similar to other Transcreener assays, the cGAMP assays have the performance characteristics needed for small molecule screening including sensitivity, robustness (good dynamic range, minimal signal variation), and low levels of compound interference. The availability of robust, HTS compatible assays for measuring cGAS enzyme activity will accelerate efforts to target the cGAS-STING pathway for autoimmune diseases.