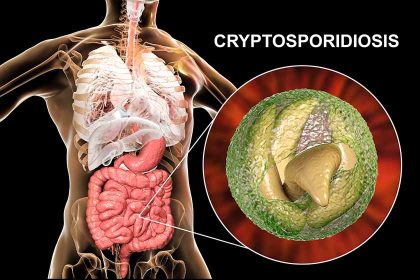 Did you know that diarrhea is the second leading cause of death globally among children under the age of 5?1 Perhaps you have heard of one of the many diarrheal diseases such as cryptosporidiosis caused by a parasite called Cryptosporidium. Many people in the US might associate swimming pools with outbreaks of cryptosporidiosis due to the parasite’s extreme chlorine tolerance. However, it’s a global issue that can be spread via water, food, animal-to-person, or person-to-person.2  Typically, the immune system rids the parasite from healthy individuals. This isn’t always the case, especially with immunocompromised groups. Luckily, a research team at Novartis invented a novel drug with the help of a lipid kinase assay, known as pyrazolopyridine KDU731 to treat cryptosporidiosis and its symptoms. 1,3

After screening > 6000 drug candidates with established activity against an assortment of protozoan parasite, the researchers found the effects of pyrazolopyridines to be the most potent against Cryptosporidium.3 Pyrazolopyridines have many uses, including inhibition of lipid kinases; therefore, they are often investigated in targeting disease. Already knowing how similar drugs target other parasitic pathogens such as malaria, the researchers set out to determine the mechanism of their new drug candidate. Specifically, inhibition of the Plasmodium lipid kinase is the known target for antimalarial drugs. The next task was to identify a potential target kinase in Cryptosporidium that contributes to the drug’s success.3

A lipid kinase of the cryptosporidium protozoa, phosphatidylinositol – 4 – OH kinase (PI4K), was identified as being inhibited by a pyrazolopyridine that was developed into KDU731.3

The Novartis scientists that discovered the novel drug to fight cryptosporidiosis used the Transcreener® ADP² Kinase Assay for further lead development. The universal lipid kinase assay can be used to detect the activity of virtually any kinase, including PI4K. The assay measured the activity of the enzyme which transfers a phosphate from ATP to a substrate, forming ADP. The product can be measured by using a specific antibody and a fluorescent tracer. Enzyme tested with the potential new pyrazolopyridine drug had significantly less activity and could continue to be developed with SAR.

With the aid of the Bill & Melinda Gates Foundation, Novartis will continue development and research on pyrazolopyridine KDU731.4   According to Manjunatha et al., additional safety preclinical evaluation is ongoing to support the initiation of human clinical trials.3   Hopefully, success of the new therapeutic will lead to improved survival rates due to diarrheal disease in the same way that the rotavirus vaccine has done. 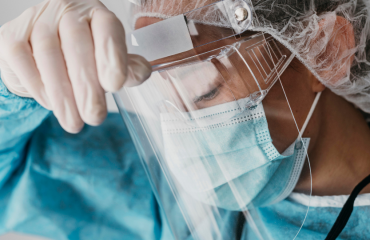