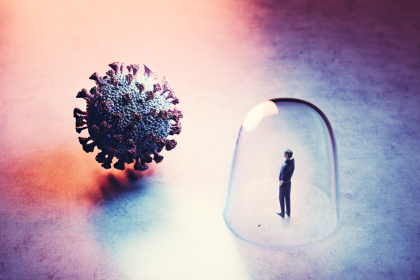 Poly (ADP-ribose) glycohydrolase (PARG), along with poly (ADP-ribose) polymerase 1 (PARP1) are the principal elements of the DNA damage response (DDR). When single-strand breaks occur in cellular DNA, PARP1 mediates the poly ADP ribosylation of itself and target proteins, such as histones, promoting the decompaction of chromatin and recruiting relevant enzymes to initiate DNA repair. Poly (ADP-ribose) (PAR) carries a net charge that is twice as negative as DNA. Epigenetic PAR tagging literally forces chromatin open, making it accessible to repair enzymes and replication fork components.1

Eventually, PARP1 poly ADP ribosylates itself to the point of inactivity. Upon completion of the repair, PARG hydrolyzes poly (ADP-ribose) on PARP1 and similarly tagged associated proteins to diminish intracellular PAR and disassemble the repair machinery at a given site. This also reactivates the previously heavily poly ADP ribosylated PARP1. PARG is the only enzyme known to degrade PAR in the nucleus. Since Bruce Ames once reckoned that the average cell receives roughly 10,000 DNA damaging events each day, this system gets quite a workout.1

PARG’s Role in Immunity and Disease

While PARG was discovered about the same time as PARP1, much more research has been devoted to the influence of PARP1. PARG exists in lower cellular concentrations and is generally perceived as secondary to PARP1. However, recent research utilizing cells whose PARG levels can be precisely modulated, is revealing new insights.2

High levels of PARG also induced upregulation of certain genes. ADGRG1, an adhesion molecule that is critical to the stability of vascular tissue, was upregulated 8-fold. Increased expression of ADGRG1 in melanoma effectively suppresses tumor angiogenesis. Curiously, SPON2 (spondin-2) was also upregulated by increased PARG levels. Spondin-2 is an excreted extracellular matrix protein that regulates innate immunity and enhances the anti-microbial response. While SPON-2 is found to be expressed in a variety of solid tumors, high expression promotes M1-like macrophage recruitment and inhibits metastasis.3

This very recent study is beginning to reveal the complex effects of PARG on cancer development, angiogenesis, and metastasis, in addition to its influence on innate and adaptive immunity. 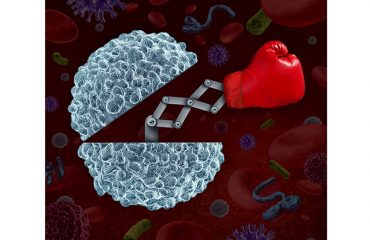 A Search for NLRP3 Inhibitors to Fight Autoimmune Disease