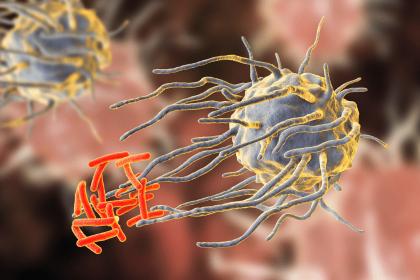 PRMT5 is a type II arginine methyltransferase that dimethylates arginine residues symmetrically. Its various functions extend into T cell development, B cell regulation, hematopoiesis, and mitotic control. In the past, research on PRMT5 primarily focused on cancer and the adaptive immune response. These are both situations where metabolism and growth are critical. Recent reports implicate PRMT5 in aspects of innate immunity via both its traditional role and the inhibition of viral replication by a non-arginine methyltransferase modality.1

PRMT5 in the Nucleus and the Cytoplasm

Cyclic GMP-AMP synthase (cGAS) is part of the innate immune system, with separate functions in the cytoplasm and the nucleus. Upon sensing the presence of cytoplasmic double-stranded DNA and binding to it, cytosolic cGAS induces the production of cGAMP, activating STING-TBK1-IRF3 signaling that culminates in an antiviral response via type 1 interferons and pro-inflammatory cytokines. PRMT5 acts to suppress this cascade by symmetrical dimethylation of the cytosolic cGAS Arg124 residue, blocking its cytosolic DNA binding abilities. Without the activity of PRMT5, infection by DNA viruses is greatly diminished, but autoimmunity is greatly enhanced.2 In the nucleus, nuclear cGAS recruits PRMT5 in the presence of double-stranded RNA, facilitating its binding to the promoters/enhancers of IfnB and IfnA4.  This leads to the symmetrical dimethylation of Histone H3 arginine 2 (H3R2Me2s), allowing greater transcriptional access by factors that increase type 1 IFN production. So, in the cytoplasm, PRMT5 modulates the innate response to DNA viruses, while, in the nucleus, it activates the innate response to RNA viruses.3

In macrophages, PRMT5 has been shown to associate with nuclear Carbonic Anhydrase 6B (CA VI-B) to upregulate the expression of the pro-inflammatory cytokine IL-12 in an innate response to intracellular bacterial infection. By its nuclear association with PRMT5, CA VI-B interferes with PRMT5’s symmetrical dimethylation of Histone H3 arginine 8, inhibiting H3R8me2s histone modification at the IL-12 promoter region. This allows c-Rel greater access to the IL-12b promoter, resulting in increased IL-12 expression. In essence, PRMT5 acts to modulate this response in macrophages in the absence of bacterial provocation.4

The Dual Role of PRMT5 in Chronic HBV Infection

In a blended response, PRMT5 exerts a profound antiviral effect on Hepatitis B (HBV) infection. Persistent HBV infections cause the formation of covalently closed circles of the viral DNA genome (cccDNA), creating minichromosomes. These structures further enable the transcription of viral RNAs. In vitro and in vivo, the symmetrical dimethylation of arginine 3 on H4 of the cccDNA by PRMT5 repressed viral gene transcription. Through a non-arginine methyltransferase process, PRMT5 also binds to the reverse transcriptase-ribonuclease H region of the HBV polymerase, hampering pregenomic RNA encapsidation.5

While PRMT5’s modulation of the innate immune response seems to only increase in complexity, it also yields promising insights for the treatment of infection and autoimmunity. 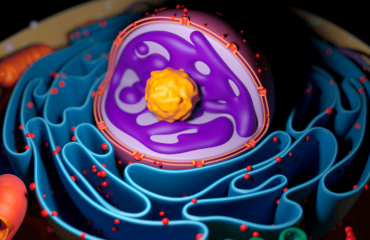