Learn More About Transcreener Method Used for this RIPK1 Assay.

The kit comes complete with the detection reagents required to measure activity. RIPK1 enzyme is not included in the inhibitor screening assay kit. Please contact us for questions related to acquiring the enzyme.

How Does This RIPK1 Assay Work?

The Transcreener RIPK1 Assay determines RIPK1 enzyme activity by directly measuring the ADP formed by the enzyme using the Transcreener ADP Assay. By detecting ADP output, the assay provides a universal method to assess the activity of any ADP-producing enzyme in real-time.

Transcreener RIPK1 Assay technology uses a simple but highly effective method that consists of an antibody selective to ADP over ATP and a far-red fluorescent tracer. ADP produced in the reaction competes with the tracer changing the fluorescent properties and providing fluorescent readout.

The RIPK1 assay is available with FP, FI, and TR-FRET. It is a simple mix-and-read format. Perform your enzyme reaction, add the detection reagent, and measure. The simplicity of the system yields robust results that also makes it extremely amiable to HTS.

Run your enzyme reaction, add Transcreener reagents, and read your plates. The RIPK1 assay is compatible with 96, 384, and 1536-well formats. 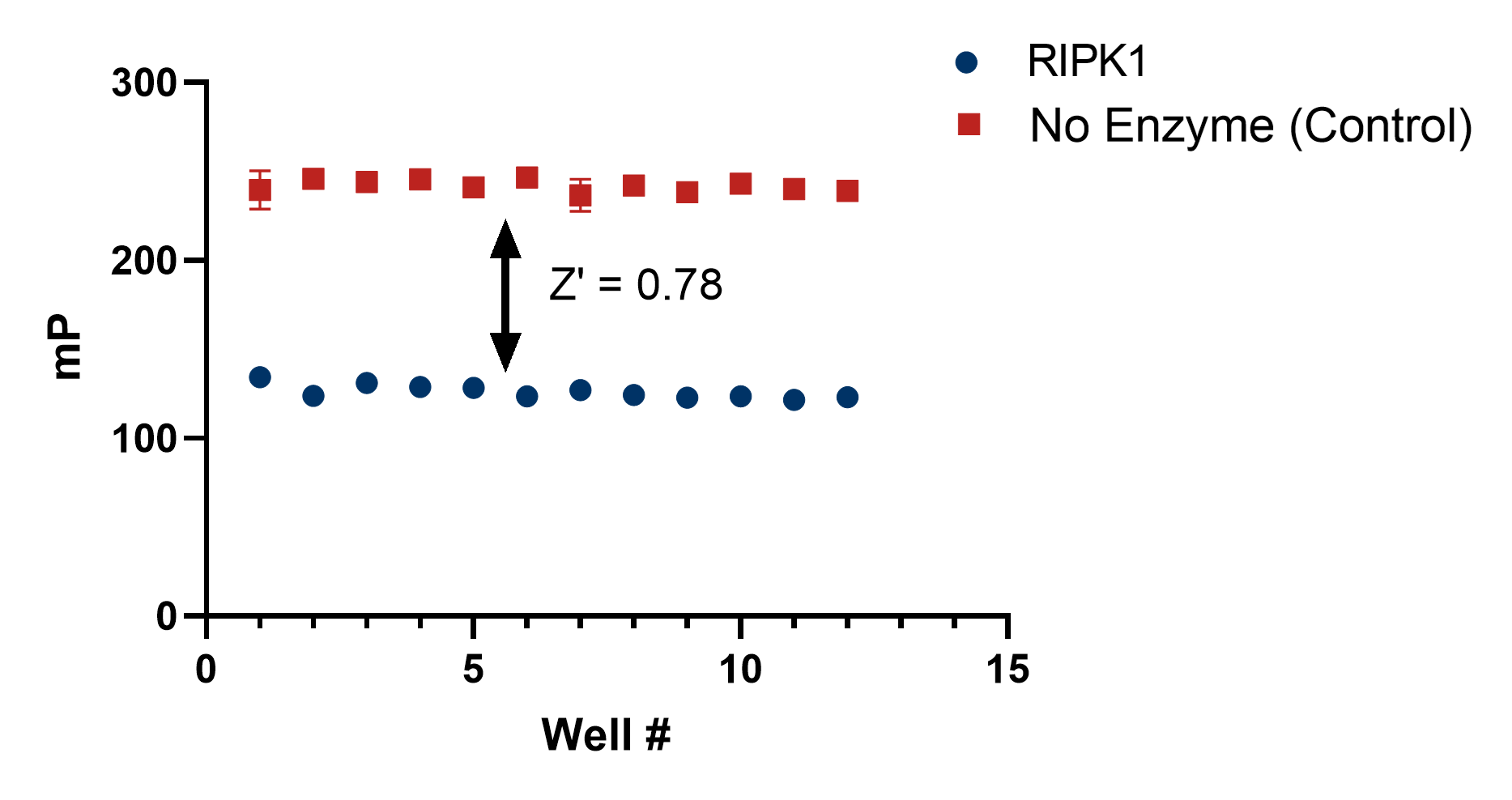 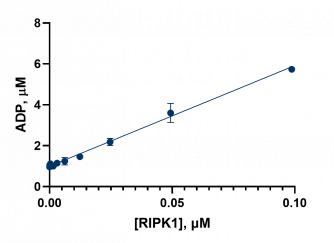 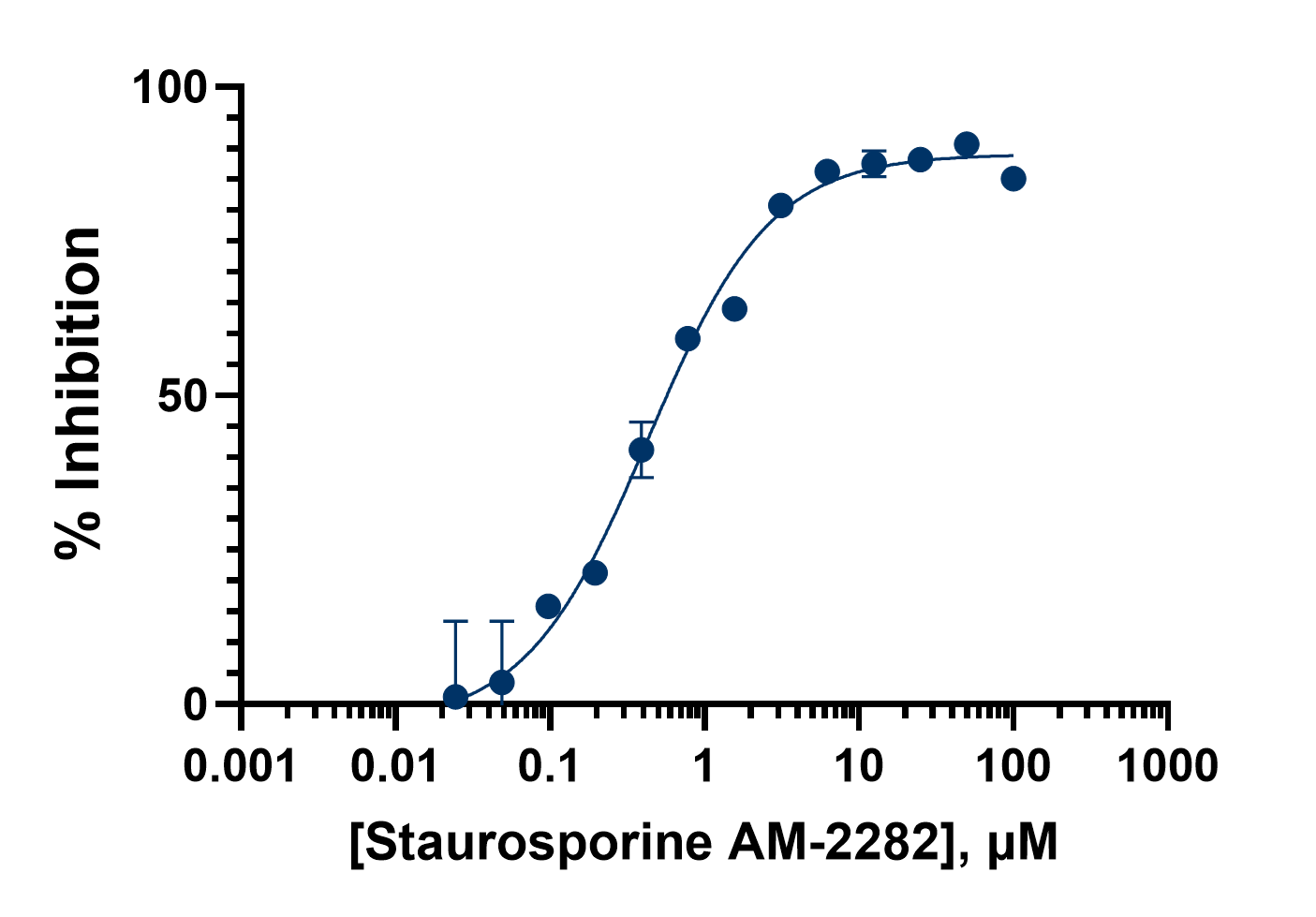 Choose the readout that is the best fit for your lab based on preference and plate reader compatibillity. 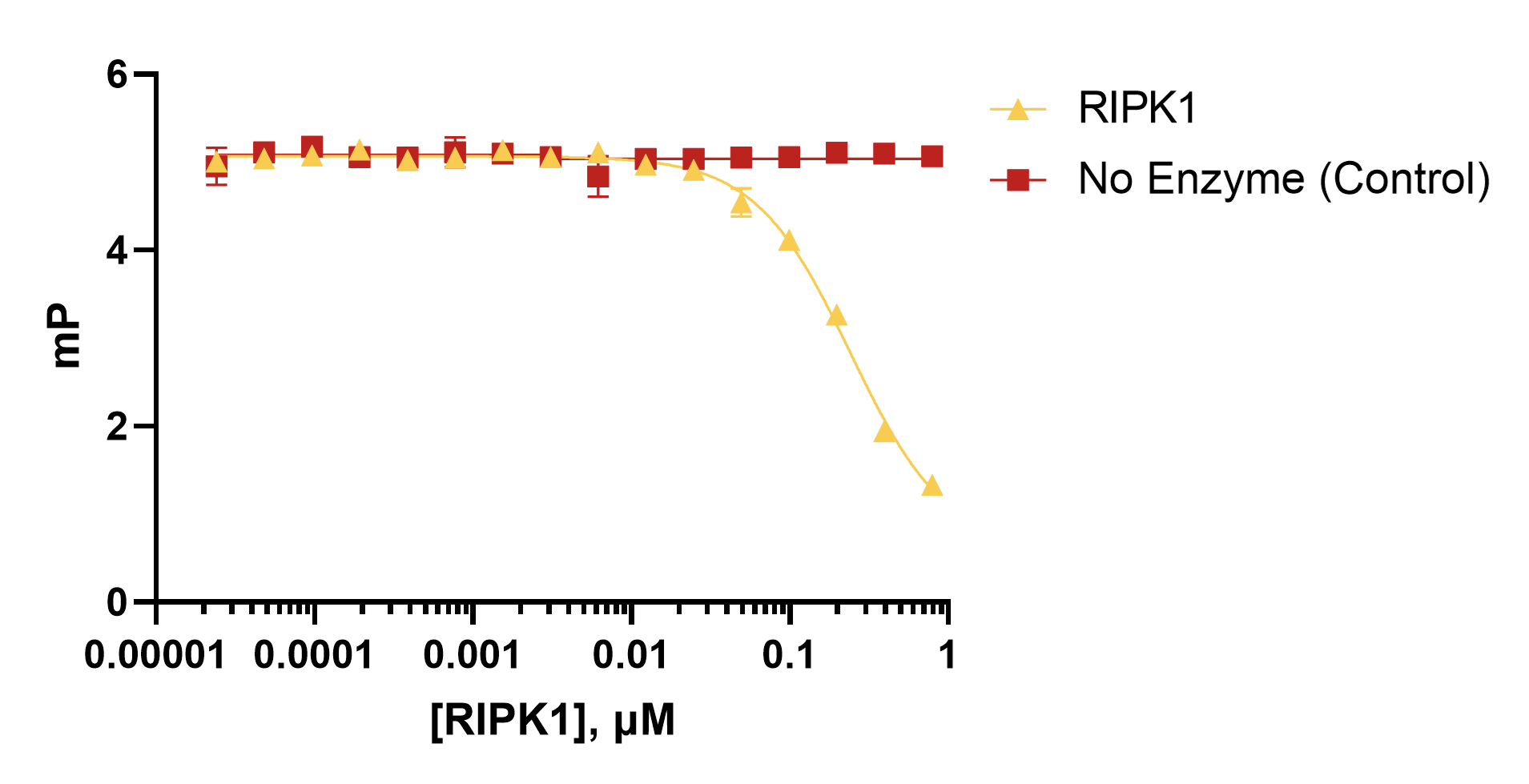 Interested in moving your program forward, but don't want to bring an assay in-house? Our scientists can help! BellBrook scientists will use their extensive biochemistry and enzymology expertise to work with you and accelerate your RIPK1 program.

The Role of RIPK1 As a Therapeutic Target

Studies show RIPK1 inhibitors have potential therapeutic effects particularly in diseases with atypical tumor necrosis factor receptor (TNFR) signaling (Finger et al, 2017). In necroptosis, the necrosome, a complex of multiple proteins, recruits mixed kinase domain like protein (MLKL), rupturing the cell membrane. RIPK1 has a hand in initiating this. When TNF binds to its receptor, proteins including RIPK1 form TNFR-1 complex I (Mason et al, 2017). Eventually, the signaling pathway requires RIPK1 and RIPK3 to autophosphorylate each other; forming the necrosome.

A team of scientists found that specifically inactivating RIPK1 was superior to eliminating kidney ischemia–reperfusion injury, systemic inflammation compared to the loss of MLKL (Newton et al, 2016). It’s not only inflammatory diseases, but other diseases such as Alzheimer’s disease (AD) could benefit from RIPK1 inhibitors. An overabundance of the protein has been found in patients with AD (Mason et al, 2017).

The Transcreener ADP RIPK1 Assay is an excellent tool for researchers examining the therapeutic effects of RIPK1. 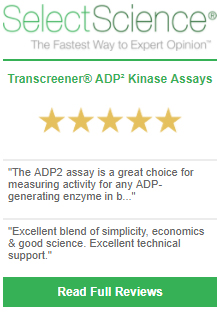