Resolving the Many Roles of DHX36 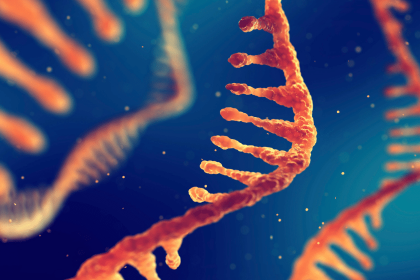 While most researchers are familiar with canonical DNA structures, primarily B (but also even A or Z) DNA, an even more exotic form exerts a vast influence over nearly every aspect of nucleic acid function. In both DNA and RNA, tracts of guanine with at least four consecutive members can self-associate via Hoogsten base pairing to form planar arrangements, known as G-quartets. Intervening mixed nucleic acid stretches act to form bridges between neighboring quartets. These bridges can run in parallel, antiparallel or hybrid patterns. Multiple G-quartets can stack in three-dimensional tetrads, stabilized by a central monovalent cation, usually Na+ or K+. This creates the noncanonical G-quadruplex (G4 or GQ) structure that plays an almost ubiquitous role in gene expression.1

DEAH-box polypeptide 36 (DHX36) was first found to act as an RNA helicase associated with AU-rich RNA elements and called RHAU. It has also been called MLE-like protein 1 (MLEL1) and G4 Resolvase 1 (G4R1). It is a 1000 amino acid protein with a central helicase core that is capable of binding single-stranded DNA or RNA. The DHX-specific motif (DSM) resides in the N terminal domain of DHX36 and recognizes the 5’ most G-quadruplex quartet, specifically in parallel G4 DNA structures. C terminal of the core, the OB-fold domain recognizes the 3’ most G tract sugar-phosphate backbone. DHX36 is an ATP-dependent helicase (or resolvase), highly specific for DNA and RNA G4s. In fact, it is the dominant resolvase for these G4s.2

DHX36 in Health and Disease

While DHX36 has been shown to be vital in normal development and the hematopoietic system, its roles in cancer, telomere maintenance, and the antiviral immune response are under intense investigation.

DHX36 is an important detector of viral nucleic acids in the cytoplasm. As such, it is an important component of the innate cellular immune response. When infection occurs, DHX36 induces double-stranded RNA-dependent protein kinase, leading to the formation of stress granules and downstream cytokine production. Without sufficient DHX36 activity, infection by RNA viruses is much more severe.1

The implication of DHX36 in neurodegenerative disease and brain aging has also gained significant traction. Altered G4 DNA, RNA, and DNA-RNA hybrids are now seen as significant contributors to diseases like frontotemporal dementia, amyotrophic lateral sclerosis, and fragile X syndrome. DHX36 is believed to be an essential agent for autophagy in neurons, essential for removing the accumulation of stress-inducing, aberrant G4 complexes.4

DHX36 and its interaction with G4 complexes offer another intriguing way to understand and treat our most serious diseases. 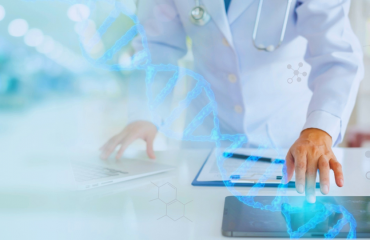 Looking Ahead: POLQ in the Future of Immuno-Oncology