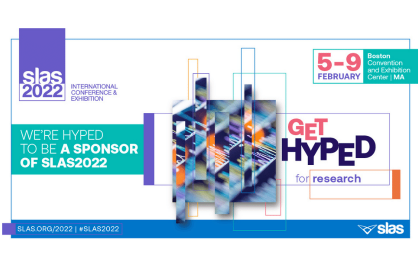 Targeting OAS1 with the Transcreener 2-5A OAS Assay

OAS enzymes and the closely related dsDNA-sensing PRR, cyclic GAMP synthase are emerging as potential therapeutic targets for autoimmune diseases and cancer.  To enable screening for small molecule modulators of OAS enzymes and for selectivity profiling of cGAS modulators, we developed a robust, HTS-compatible assay method for measuring OAS activity by using a coupling enzyme, with the Transcreener AMP2/GMP2 Assay, a competitive fluorescence polarization (FP) immunoassay for purine monophosphates.

Because the 2’-5’ oligoadenylates produced by OAS enzymes are not available commercially, we used an iterative empirical approach to optimize OAS-1 and coupling enzyme concentrations to ensure that all the product formed was converted to AMP.   As expected, the reaction was dependent on the presence of dsRNA and ATP.  We were able to obtain robust assay signals (>100mP) with less than 10 nM OAS1 and approximately 100 nM OAS2; OAS1 yielded a Z’ value of 0.87. The assay was validated in a pilot screen of 1,280 pharmacologically active molecules, which identified several inhibitors, at least one of which demonstrated dose-dependency; suramin was also found to inhibit OAS1 with an IC50 of 162 nM. The Transcreener 2-5A OAS Assay will provide a robust tool for discovery of OAS inhibitors or selectivity profiling of compounds targeting related enzymes.

Protein kinases play an important role in innate immunity signaling, both by transducing signals from pattern recognition receptors and by mediating the downstream effects of type I interferons and cytokines.  Therapeutic modulation of these kinases is being investigated clinically to dampen the immune system in autoimmune diseases and to stimulate it for anti-viral or cancer immunotherapy.  The use of a common biochemical platform for discovering and characterizing small molecule kinase inhibitors would facilitate these efforts.  The Transcreener ADP2 Kinase Assay meets this need as it relies on direct detection of ADP, so it can be applied across diverse kinases, and it has been extensively validated for kinase discovery programs since 2007.  Here, we describe how the Transcreener ADP2 Kinase Assay allowed rapid assay development to enable screening and dose-response measurements for five kinases involved in innate immunity: AMP-activated kinase (AMPK), Janus kinase 1 and 3 (JAK1,3), TANK Binding Kinase 1 (TBK1), and IκB Kinase (IKK).

The Transcreener ADP2 Kinase assay relies on selective immunodetection of ADP: enzymatically generated ADP displaces a fluorescent tracer from the antibody resulting in a change in fluorescent properties.  The assay has been formatted for fluorescence polarization (FP), time-resolved FRET (TR-FRET), and fluorescence intensity (FI) readouts.  A key step in assay development is optimizing the dynamic range of the assay based on the desired concentration of ATP, assuming 2-20% conversion of ATP to ADP.  After choosing an ATP concentration close to the reported Km for each kinase, the concentration of ADP2 antibody was titrated to identify the EC80 concentration using reaction conditions specific for each kinase.  Next, each kinase was titrated to identify the optimal concentration for producing a robust signal under initial velocity conditions.  In some cases, we also performed some optimization of acceptor substrate(s), but these few steps are all that is required to develop an assay for most kinases.  We measured Z’ values greater than 0.7 for all assays and dose-response measurements with known inhibitors yielded IC50 values consistent with literature reports.  Initial assay development was done using the FP assay, but similar results were observed using the TR-FRET and FI assay.  In summary, the Transcreener ADP2 assay provides a universal platform for biochemical kinase assays that should facilitate drug discovery programs targeting protein kinases involved in innate immunity.

Clinical trials continue to determine whether therapeutic modulation of kinases can be used to suppress the immune system in autoimmune diseases or stimulate for antiviral and cancer immunotherapy. The discovery and characterization of small molecule modulators have aided these efforts. The Transcreener ADP² Kinase Assay meets this need as it relies on direct ADP detection to measure the activity of virtually any kinase. The method has been extensively validated for kinase discovery programs since 2007. This article provides five examples of how Transcreener allowed rapid assay development to enable screening and dose-response measurements.

So you have performed your screen. What’s next? This guide is focused on how biochemical assays are used for characterizing and prioritizing compounds following a primary screen with an enzyme target, whether using high throughput screening (HTS) or virtual screening (VS). A typical screening funnel is shown below, with the many applications of the biochemical activity assay highlighted.

During drug development initiatives, analysis of drug-target residence times can improve efficacy, increase therapeutic window, and reduce the risk of premature focus on candidate compounds that are likely to have undesirable side effects. This guide provides technical background on concepts and techniques for use of Transcreener® biochemical assays to measure drug-target residence times, along with examples and case studies. 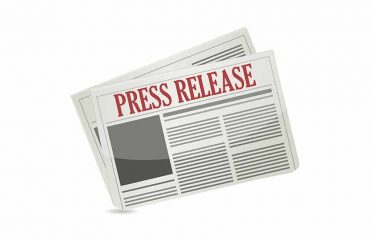 What to Look for in an ATPase Assay