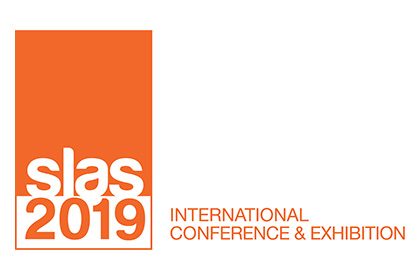 BellBrook Labs will be exhibiting and have poster presentations at the upcoming SLAS conference. During the meeting, BellBrook will have information available demonstrating a variety of applications for Transcreener HTS tools. Stop by booth #1702 where you can receive your copy of “A Guide to Measuring Drug-Target Residence Times with Biochemical Assays.” We are looking forward to great discussions on your needs in high throughput screening. SLAS 2019 Walter E. Washington Convention Center Washington, DC February 4-6th

Detection of foreign nucleic acids is an important first line of defense in the immune response to microbial pathogens.  However, aberrant induction of type I interferons (IFN) by self-nucleic acids causes debilitating autoimmune diseases such as Aicardi–Goutieres Syndrome (AGS), systemic lupus erythematosus (SLE) and Sjogren’s syndrome.  A number of recent studies have clearly established that a key molecular trigger for nucleic acid-driven type I IFN induction is production of the unique cyclic dinucleotide, cyclic GAMP (cGAMP), by the cytosolic DNA sensor, cyclic GAMP synthase (cGAS).  The cGAS apoenzyme is enzymatically inactive; binding of non-specific dsDNA induces a transition to an active conformation that catalyzes the formation of cGAMP from ATP and GTP.  cGAMP binds to the STING (stimulator of interferon genes) receptor to initiate the signaling for induction of type I IFNs.  Thus the cGAS enzyme senses the primary signal for a type I IFN response and amplifies it in the form of a second messenger.  Knockout studies in animal models have clearly indicated that inhibiting cGAS is a promising approach for therapeutic intervention in monogenic type I interferonopathies such as AGS and, by extension, complex diseases such as SLE. We developed a cGAS enzymatic assay with fluorescence polarization (FP) and time-resolved Forster resonance energy transfer (TR-FRET) readouts based on our Transcreener® HTS platform.  We used the FP assay to screen 100,000 compounds with full-length human cGAS, resulting in the identification of four novel chemotypes.  Following confirmation of hits and removal of compounds with visually evident reactivity or metabolic liabilities, we thoroughly triaged non-stoichiometric inhibitors, aggregators, DNA intercalators and redox-active compounds using a battery of established assays.  Initial studies revealed two promising chemotypes (BBL40783 and BBL50101) with favorable structural, physicochemical and ADME/PK properties that function via distinct mechanisms.  BBL40783 exhibited good concordance between biochemical IC50 and Kd determined by surface plasmon resonance (1.26 µM, 2.4 µM, respectively).  BBL50101 and related analogs did not bind appreciably in SPR but were found to stabilize cGAS in thermal shift assays (TSA) in the presence of ATP, GTP and dsDNA, suggesting that this chemotype may bind specifically to dimerized cGAS.  We used SAR-driven medicinal chemistry with both chemotypes to increase the potency into the nanomolar range.  We obtained a high-resolution crystal structure of a BBL40783 analog in complex with cGAS and demonstrated cGAS-specific cellular activity with the same compound.  These efforts establish a strong foundation for development of first-in-class lead molecules targeting cGAS for autoimmune disease.

There has been an increasing focus in understanding cancer and tumor growth by studying the role of tumor immunosurveillance. Cancer cells employ several elegant ways to avoid the antitumor immune response. One well-studied mechanism is generation of adenosine, an important signaling molecule involved in antitumor T cell response suppression. Adenosine is generated by the hydrolysis of extracellular ATP released by dying tumor cells. The conversion of ATP into adenosine is mediated by the family of ectonucleotidases. These membrane bound enzymes hydrolyze nucleotides to nucleosides and are crucial for maintaining immune homeostasis. The subfamily includes ectonucleoside triphosphate diphosphohydrolase-1, also known as CD39, ENTPD1, or NTPDase1 that hydrolyzes ATP and ADP to AMP and CD73 or 5` Nucleotidase, that hydrolyze AMP to adenosine. These enzymes are emerging as extremely prominent immune-oncology targets for drug discovery. As the only HTS method capable of direct detection of nucleotides, the Transcreener platform is uniquely suited for measuring ectonucleotidase activity with the high sensitivity and low levels of interference required for a successful HTS campaign. The homogenous assays use a far-red fluorescence polarization (FP) or TR-FRET readout and they can be broadly applicable to ectonucleotidases. We developed a simple biochemical assay for measuring CD39 activity using the Transcreener AMP2 Assay. The assay provides robust detection of AMP production (Z’ > 0.6) with sub-nanomolar amounts of CD39.  Initial pilot screens have demonstrated robust assay performance (Z’ = 0.6 – 0.7) and IC50s determined for tool compounds of CD39 were consistent with published values. The Transcreener GDP2 Assay was coupled with an Adenosine Kinase enzyme to detect the production of adenosine using CD73. Adenosine Kinase converts the adenosine to GDP which can be detected using the GDP2 antibody. The availability of HTS-compatible enzyme assay methods will accelerate the discovery of inhibitors for CD39 and CD73 that play a role in tumor immunity and other diseases impacted by adenosine signaling.

Histone methyltransferases (HMTs) produce many different methylated products, and assay methods that detect S-adenosylhomocysteine (SAH) therefore offer some advantages over methods that detect specific methylation events.  However, direct detection of SAH requires a reagent capable of discriminating between SAH and SAM, which differ by a single methyl group.  Moreover, HMTs are slow enzymes, and current non-radioactive SAH detection methods are not sufficiently sensitive to allow detection of many HMTs using physiological concentrations of SAM.  To overcome this technical gap, we leveraged a naturally occurring SAH-sensing RNA aptamer, or “riboswitch”, that binds SAH with nanomolar affinity and exquisite selectivity.  We engineered split-aptamer sensors that transduce binding of SAH into positive fluorescence polarization (FP) and time-resolved Förster resonance energy transfer (TR-FRET) signals.  The AptaFluor™ Methyltransferase Assay, allows robust detection of SAH (Z’ > 0.7) at concentrations below 10 nM, with signal stability of at least six hours in the presence of typical HMT assay components.  Here we compare the AptaFluor™ Methyltransferase Assay to two other HTS-compatible HMT assay methods based on a) immunodetection with an HTRF® readout and b) a coupled enzyme assay with a luminescent readout.  We used PRMT4 to compare the assays for detection of HMT activity, as this enzyme as this enzyme is representative of typical low Km HMTs (Km = 140 nM) and it has attracted interest as a therapeutic target.  All three assay methods allow robust detection of PRMT4 activity using 200 nM SAM in 2-hour reactions.  The greater sensitivity of the AptaFluor assay allowed practical detection using significantly less PRMT4 (EC50 = 2.8 nM) which can be advantageous for high volume screening and for dose-response measurement with high-affinity inhibitors.  Interestingly, the difference in sensitivity between AptaFluor and the other two assay methods was greater when saturating SAM (2 µM) was used.  By enabling direct SAH detection with the sensitivity required for physiological HMT reaction conditions, the AptaFluor Methyltransferase Assay should provide a valuable tool for epigenetic drug discovery.

Posters and Presentations from DOT 2016