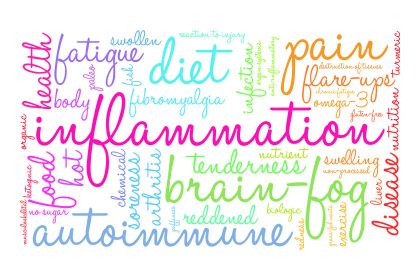 Genentech discovers novel RIPK1 inhibitors – Like other serine/threonine protein kinases, receptor-interacting serine/threonine-protein kinase 1 (RIPK1) plays a role in several signaling pathways that keep us living healthy, functioning lives. RIPK1 is one of those enzymes’ that wears a variety of hats depending on what function needs attention. It contributes to cell death as well as cell survival using different cellar pathways. In regards to cell death, if RIPK1 is not operating correctly, inflammatory-related necroptosis is likely. The enzyme’s function in inflammatory regulation is critical for removing unwanted disease. While a failure in this regulation leads to unnecessary cell death contributing to inflammatory diseases such as psoriasis, ulcerative colitis, and rheumatoid arthritis.2

Recent studies have shown that RIPK1 inhibitors have potential therapeutic effects particularly in diseases associated with atypical tumor necrosis factor receptor (TNFR) signaling.2 In necroptosis, it’s ultimately the complex of multiple proteins called the necrosome that recruits mixed kinase domain like protein (MLKL) allowing the cell membrane to rupture leading to death. RIPK1 has a hand in initiating this process. When TNF binds to its receptor, proteins including RIPK1 form TNFR-1 complex I.4 Eventually, the signaling pathway requires RIPK1 and RIPK3 to autophosphorylate each other; forming the necrosome.

Obviously, there are several proteins working together to achieve the goal of cell death; therefore,  numerous possible drug discoveries exist. A team of scientists found that specifically inactivating RIPK1 was superior to eliminating kidney ischemia–reperfusion injury, systemic inflammation compared to the loss of MLKL.3

It’s not only inflammatory disease, but other diseases such as Alzheimer’s disease (AD) could benefit from RIPK1 inhibitors. An overabundance of the protein has been found in patients with AD.4

Genentech recently discovered bicyclic pyridone lactam compounds capable of treating inflammatory diseases.1 The scientists used the Transcreener® ADP² Kinase Assay to evaluate the different molecules and their ability to inhibit RIPK1. Making the assay unique, it detects the activity of most kinases including serine/threonine protein kinases; limiting the need for specific reagents and providing utilitarian potential. The capacity of RIPK1 to transfer a phosphate from ATP to another molecule (or substrate), forming ADP as a product was measured by using specific antibody labeled with a fluorophore; thus, showing inhibition in the case of Genentech’s discovery.

The discovery is exciting news for those suffering from inflammatory disease. And, like all discoveries, it expands on current knowledge in the field in order to enhance our understanding of disease and the signaling pathways involved. 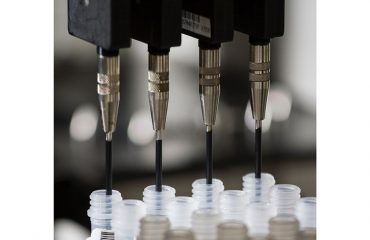 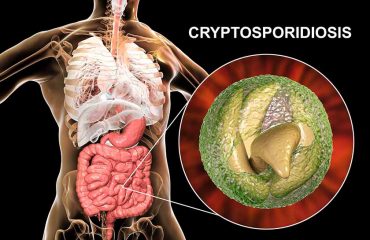