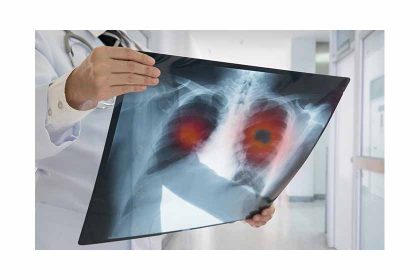 According to the American Cancer Society, lung cancer is the leading cause of cancer death each year and accounts for approximately 13% of all new cases. The most common type being non-small cell lung cancer (NSCLC). Although smoking is the biggest contributor, other factors such as genetics and environmental pollutants contribute to lung cancer of all types. However, for those living with the disease, treatment is more of a concern and reasonably so. Like with other cancers, the choice of treatment whether surgical, radiation, chemotherapy or targeted drug therapy, depends on how far along the cancer is and the type.¹  Epidermal growth factor receptor (EGFR) a receptor tyrosine kinase, is of particular interest due to its role in cell growth and division. Mutations in EGFR and/or its cell signaling pathway result in several types of cancer including lung cancer.

Role of a Tyrosine Kinase Inhibitor in Targeted Drug Therapy

Researchers have found a few mutated genes in NSCLC patients; therefore targeting these genes for treatment is a priority. For example, patients with mutations in EGFR are more sensitive to EGFR inhibitor therapies.²  More specifically, mutations found in the tyrosine domain of EGFR can be targeted with an EGFR tyrosine kinase inhibitor such as gefitinib (a first-generation EGFR inhibitor).³ Compared to standard chemotherapy, gefitinib was found to be more effective in patients with advanced NSCLC harboring sensitive EGFR mutations.³

Over the years there have been improvements made that developed into second-generation EGFR tyrosine kinase inhibitor such as dacomitinib which has demonstrated both progression-free survival and overall survival when given as first-line therapy to NSCLC patients.4 Drug resistance to first-generation EGFR inhibitors made improvements necessary in some cases in order to keep cancer at bay.

A multitude of research and subsequent clinical trials are done to compare the various drug options. Other than determining how to better identify patients with a high chance of benefiting from EGFR inhibitors, some of the objectives of the research are as follows:

Although dacomitinib appears to be an important first-line agent in EGFR-mutated NSCLC, there are increased side effects of diarrhea, rash, stomatitis, and paronychia compared with first-generation EGFR inhibitors.4 However, if the patient can handle the side effects, the enhanced survival rate is worth it.

Learn how to determine drug-target residence times for EGFR inhibitors with this guide from BellBrook Labs.

A Guide to Measuring Drug-Target Residences Times with Biochemical Assays 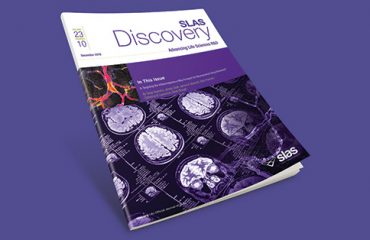