Rho proteins are small, monomeric GTPases in the Ras superfamily that control cell shape and motility by regulating cytoskeletal dynamics. They cycle between a GDP-bound inactive state and a GTP-bound active state. When in the active state, Rho proteins bind to effectors at the plasma membrane, which regulate cellular processes such as cell architecture, intracellular transport, cell migration, cell movement, cytokinesis and signal transduction.

Normally, cytosolic Rho proteins are prenylated with a geranylgeranyl or farnesyl group, which results in localization on the plasma membrane. Rho guanine nucleotide dissociation inhibitor α (RhoGDIα) acts somewhat as a chaperone, binding to prenylated Rho at the acidic N-terminal and controlling its spatiotemporal distribution in the cell, and to some degree its activation site. Influencing RhoGDIα activity and its interaction with Rho proteins is thus a powerful molecular mechanism for regulating Rho signaling.

Recent studies have shown that RhoGDIα is targeted by lysine acetylation, but until now, little was known about the functional consequences of this modification. Eight lysine acetylation sites have been identified, mostly in the immunoglobin (IgG) and N-terminal domain, which are important in controlling the GDP/GTP cycle of Rho proteins.

Two recent studies by Nora Kuhlmann et al. have been the first to structurally and functionally demonstrate how RhoGDIα is regulated by post-translational lysine acetylation.

In the first study by Kuhlmann, Wroblowski, Knyphausen, et al., lysine acetylation of RhoGDIα was shown to occur endogenously in human cells, and be regulated by lysine-deacetylases (KDACs). Using amino acid substitutions to mimic the acetylated (Q-) and nonacetylated (R-) state, it was observed that overexpression of K178Q resulted in markedly thickened actin stress fibers and significantly increased the cellular F-actin content in HeLaB cells. Conversely, both the acetylated and nonacetylated mimic of K52 resulted in a significant decrease in cellular F-actin compared to RhoGDIαWT, suggesting that acetylation at this residue may be an “off” switch for the regulator protein, a hypothesis which was supported in subsequent analysis of Rho-AcK52 binding.

Using this technique, the group was able to look at the impact of acetylation on Rho binding. They found that RhoGDIα AcK52 is a complete loss-of-function modification that serves as a system for the cell to quickly turn off RhoGDIα function. AcK52, located in the N terminal domain, and an N-terminally truncated mutant both strongly interfered with prenylated RhoA binding, confirming the importance of the N-terminus for the proper insertion of the prenyl-moiety into the hydrophobic cavity of the IgG domain.

AcK52 was also unable to significantly extract RhoA from the cellular membrane, and interfered with GEF-catalyzed guanine nucleotide exchange. In other words, AcK52 prevented blocked the “on” switch, or the activation of RhoA when in complex with RhoGDIα. Using a fluorescence-based nucleotide exchange assay, these researchers demonstrated that all complexes with acetylated RhoGDIα, except for AcK52, showed similar exchange kinetics to nonacetylated RhoGDIαWT. Exchange rates for AcK52 approached values similar to the reactions in absence of RhoGDIα.

Acetylation was also found to affect SUMOylation of RhoGDIα. The protein is both SUMOylated and acetylated at K138. Kuhlmann, Wroblowski, Knyphausen, et al. confirmed that K138 is the major SUMOylation site in RhoGDIα, directly competing with acetylation, and that AcK141 and AcK127,141 showed almost no SUMOylation, reflecting that acetylation at K141, located just next to K128, blocks RhoGDIα-SUMOylation at K138.

The second study, put out by Kuhlmann, Wroblowski, Scislowski & Lammers, demonstrated that acetylation of RhoGDIα helps regulate processes taking place even before Rho proteins are irreversibly modified by prenylation. They observed that lysine acetylation at K127 and K141—both in the IgG domain—led to a nearly two-fold reduction in the affinity for nonprenylated RhoA, with acetylation at both sites causing an additive decrease in affinity. This was predominantly due to the increase in unfavorable entropy; acetylation at these sites was thought to interfere with the conformational flexibility of the IgG domain or the relative orientation of the RhoGDIα N and C terminal domain known to be important for its function.

These advances clearly demonstrate that acetylation of RhoGDIα has important effects on the binding of both prenylated and nonprenylated Rho, and suggests that this post-translational modification is a physiologically relevant control mechanism. Increasingly, acetyl transferases and deacetylases that modify histones are being targeted for drug development in diseases with an epigenetic component. This study adds to a growing list of nonhistone proteins regulated by the same acetylases and deacetylases, raising questions about potential side effects and additional therapeutic strategies. 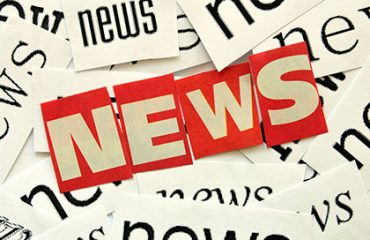