Imagine viewing the plasma membrane of a cell from an interior perspective, with a front-row seat to the process by which substances enter the cell. Over in one corner, the plasma membrane begins to bulge inward, forming a sphere stretching toward you with a droplet-shaped neck on the opposite side that remains connected to the cell surface. This sphere, a clathrin-coated vesicle, attracts long protein molecules that self-assemble head-to-tail into structures that coil around the neck of the droplet, pinching it off until it separates from the plasma membrane and becomes wholly incorporated into the cell’s interior.

This process is called clathrin-mediated endocytosis, and the elongated protein that acts as a molecular tourniquet to cleave off each vesicle is called dynamin. Its action is powered by hydrolysis of GTP to GDP. And until recently, measuring this GTPase activity with high sensitivity was impossible. 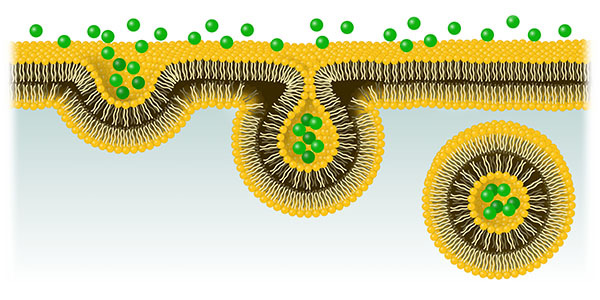 But on September 28, 2017, a research team from the University of Texas Southwestern Medical Center aided by Bellbrook Labs scientist Meera Kumar published an article in PLoS ONE detailing an optimized, highly sensitive fluorescence-based assay that can detect dynamin’s basal GTPase activity under conditions compatible with high-throughput screening (HTS). 1

Given the biological roles of dynamin and clathrin-coated endocytosis, the power of such a screen is significant. Dynamin is involved in a host of disease states including cancers,2,3 epilepsy, hereditary neuropathies such as Charcot-Marie-Tooth disease and centronuclear myopathy,4 and epilepsy.4 Given the role of endocytosis in synaptic signaling, dynamin inhibitors with antipsychotic activity have been described. 5 And researchers in Australia are currently conducting a drug discovery program focused on modulation of the GTPase activity of dynamin to treat epilepsy (an estimated $4.5B global market) and other central nervous system indications, hoping to help patients with few options for managing refractory epilepsy.6

Unfortunately, the scaffold of this compound proved to be unsuitable for further refinement as a drug.1 However, as a proof-of-concept effort, the screen is suitably sensitive and selective for use in identifying additional lead compounds and chemical scaffolds.

Since dynamin GTPases are involved in epilepsy and other devastating neurological diseases for which few therapeutic options exist, the possibility of identifying new inhibitors holds promise for patients and clinicians alike.

Reasons to Use the Transcreener Kinase Assay 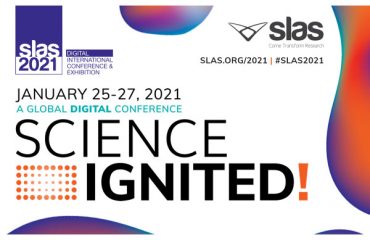 Join Us for SLAS 2021 Virtual Conference